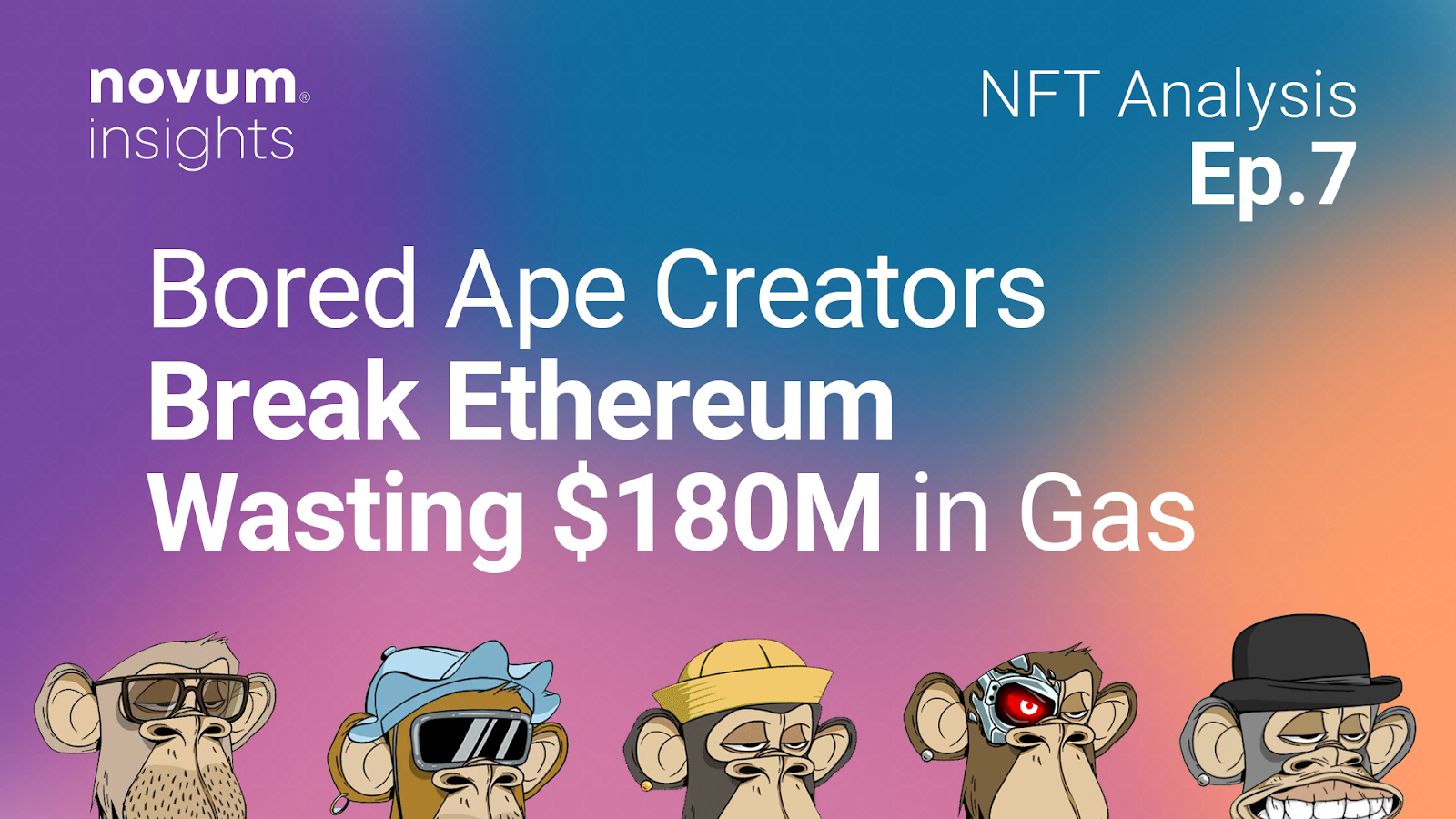 Last Saturday (30th April), Yuga Labs carried out what would be the largest NFT mint in the history of the technology. The company continues to grow its social profile, with Elon Musk changing his Twitter profile picture to a composite image of the group’s BAYC (Bored Ape Yacht Club) -  the most highly valued NFT artwork collection. Yuga Labs have now turned their focus to the development of a new metaverse game called ‘Otherside’ which is based on the collection.

The NFTs involved in the mint took the form of virtual land in the upcoming game, with the NFTs themselves dubbed ‘Otherdeeds’. The mint however was far from smooth sailing, with many now calling for Yuga Labs to address the issues that the mint has caused, and the ‘complacency’ that some now consider the group to have. Let’s take a look at what happened. The 55,000 ‘Otherdeeds’ NFTs were initially set to be launched through what is known as a ‘Dutch auction’. This is an auction format in which the seller begins with an extremely high asking price which is gradually lowered until a buyer accepts the price. This method would have significantly lowered the volume of Ethereum activity related to the mint as only successful purchase transactions would have been carried out.

The Yuga team however had a change of heart and decided to proceed with a fixed price sale with multiple waves - not before describing Dutch auctions as “bullshit’ in a blog post. It was from this that the problems with the mint arose. The token sale - which was priced at 305 APE (~$5800) per token -  caused the Ethereum network to be congested to an unprecedented level. At one point, ETH gas price reached over 4000 Gwei - with a standard transaction fee averaging at around $400. Some sources have reported that over $180M worth of ETH was wasted on failed transactions as a result of the mint - let alone the obscenely high amounts being spent on gas for successful transactions in order to ‘jump the queue’. Despite its issues, Yuga reportedly netted around $317M dollars from the token minting.

To add to the launch’s woes, the ‘multiple waves’ promised by Yuga Labs would never come to be. All 55,000 tokens were sold out in under three hours. Not only did this add to the congestion caused by the token sale, it also meant that those who missed out on the initial wave were excluded from the project completely - causing further frustration.

Some have flagged the fact that the Yuga team must have been aware of the demand for the tokens and the impending doom it spelled for the Ethereum network. Prospective buyers were required to carry out KYC (Know Your Customer) checks several weeks before the date of the mint, meaning that the company had an effective list of users who were planning to participate in the mint. This list could have been to whitelist certain users and ensure that the situation did not spiral out of control as it did. Dissatisfaction with the token mint did not stop at the sale itself however. Many participants have expressed irritation at the handling of the situation by Yuga Labs. While the group has publicly apologised for issues with the minting process, some feel that Yuga did not take proportionate steps to ensure the event took place in a manner that would benefit the community.
Yuga tweeted that wasted gas fees would be refunded by the company to those who attempted to purchase the tokens. However this does little to address the hugely inflated gas fees paid by those who carried out successful transactions - the cost of which was caused directly by the company’s careless pre-launch planning.

Additionally, Yuga’s comments that the group is now exploring the viability to move ApeCoin to a new dedicated layer-1 chain caused further confusion and outrage. The popularity of the mint and its subsequent congestion of the network should not have come as a surprise to the group. As was stated earlier, the company had the KYC information of all prospective buyers, and hence an estimate of buyer-interest.

Optimising a single smart contract is known to require considerably less effort than developing and maintaining an entirely new layer-1 blockchain. So much so that Ethereum developer Mark Beylin tweeted his belief that the mint was in fact purposefully carried out this way (at the expense of its community) so as to make the case for the creation of a new blockchain to host the group’s ApeCoin (APE) token. He went on to describe the Yuga Labs team as “Con artists of the highest order”.

In any case, the shortcomings of Yuga’s ‘Otherdeeds’ minting have highlighted two things. Firstly, the Ethereum network is fast becoming an inadequate solution for NFT projects. The rising popularity of the NFT space in addition to rising gas-costs and competition for transaction success have been to the detriment to user experience. The case for launching NFT projects on layer-2 solutions like Polygon or alternative chains such as Solana and Avalanche is growing.

Secondly and perhaps more importantly, responsibility lies with the operators of an NFT project to ensure its contracts are created in a manner that treats its consumer base fairly - lest it turns its eyes elsewhere. In this case, some supporters and members of the Bored Ape community likely felt as if they were fighting for crumbs being thrown from an ivory tower. And while Yuga Labs has the right to operate its mints however it sees fit, it should be cautioned to remember how that tower was built.