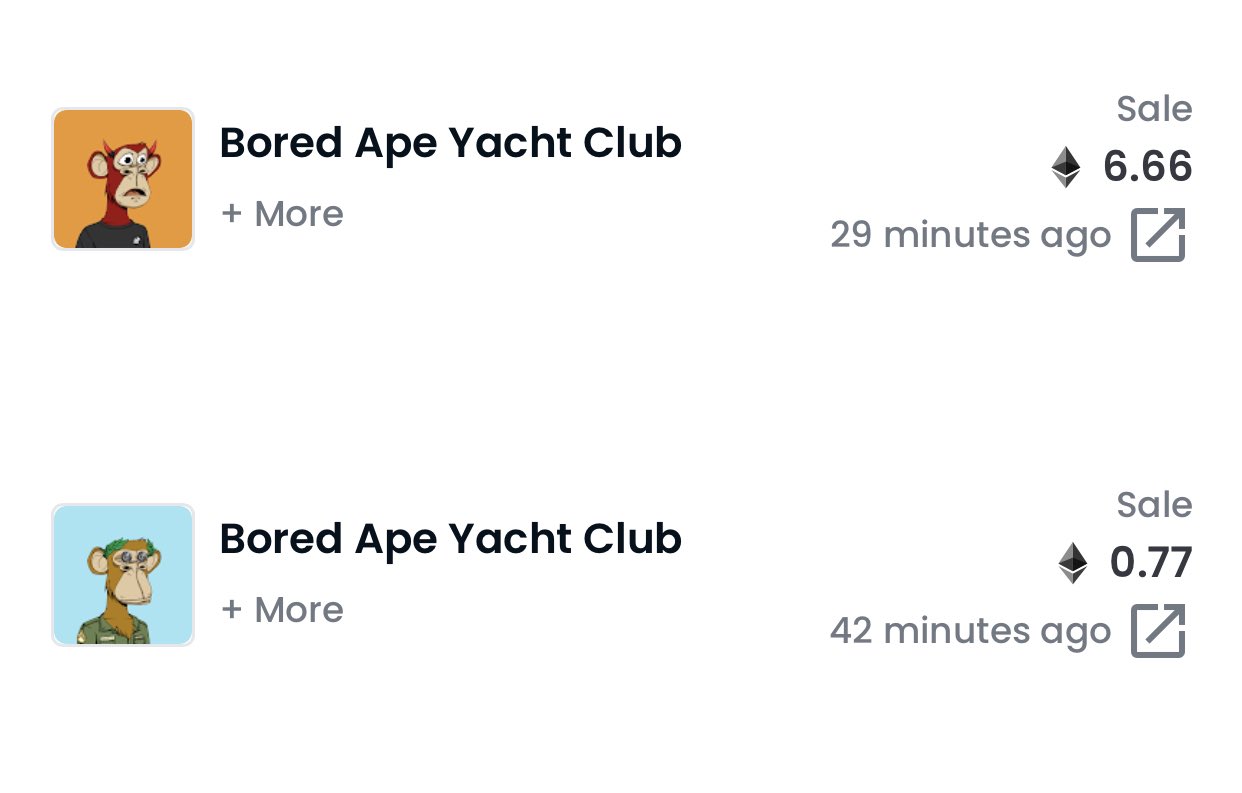 A bug discovered in OpenSea’s NFT marketplace is reportedly causing high-value NFTs to be sold at extremely low prices. The floor price of BAYC (Bored Ape Yacht Club) is around 86 ETH (c.$200,000), but today a BAYC NFT was sold erroneously for 0.77 ETH (c.$1,850). Users of the platform have already taken to Twitter to express outrage: 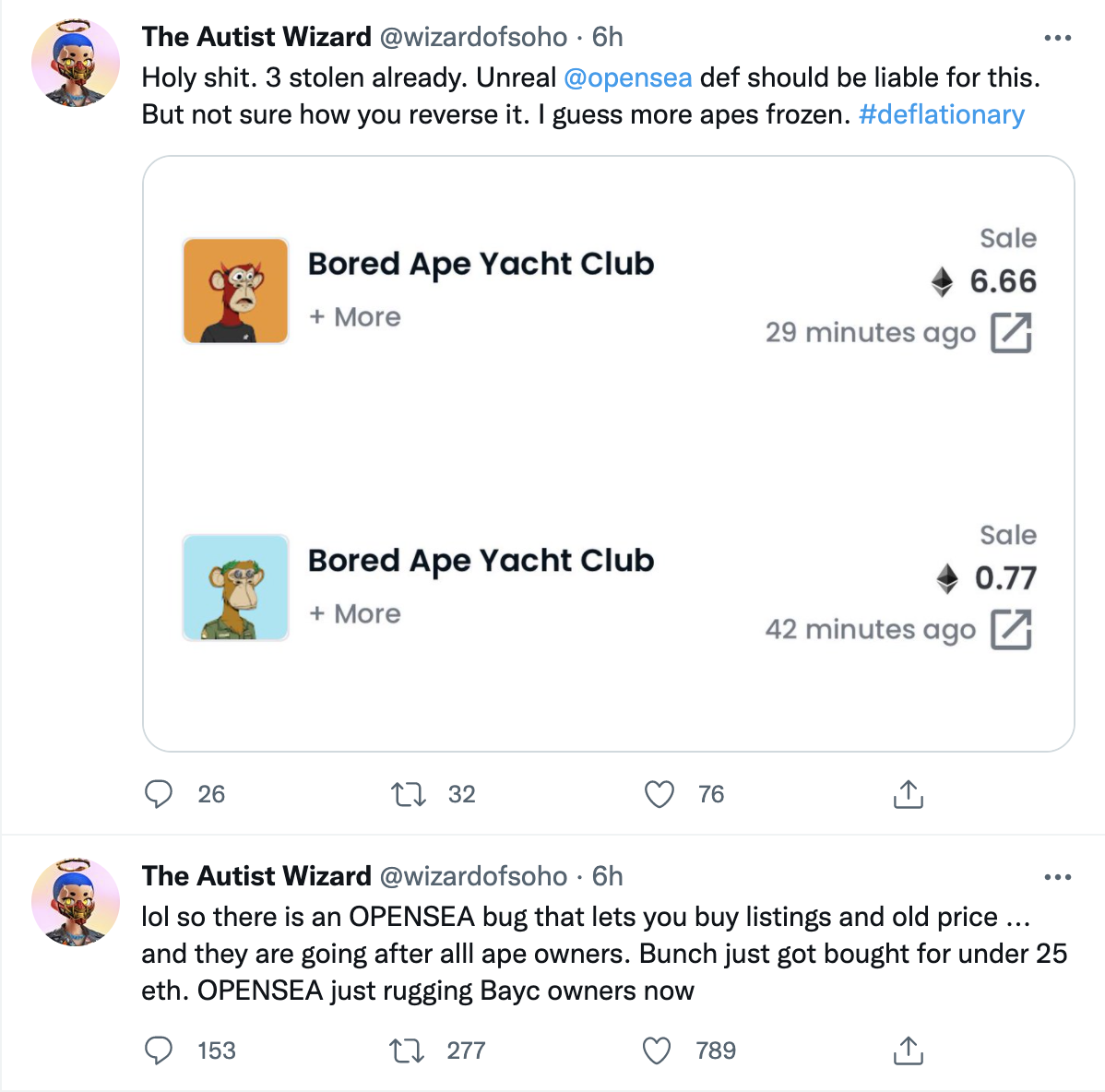 Here’s how the bug works:

When users delist an NFT for sale, they are supposed to pay a ‘gas-fee’ to return the token to the owner's wallet. Recently, users discovered that by transferring their NFT to another ETH address, the NFT would seemingly be delisted without paying gas. However, this only removes the NFT listing from the platform’s front-end (the user-interface of the marketplace).

Opportunists were quick to discover that if the NFT in question was ever sent back to the original ETH wallet, it would still be purchasable on Rarible as the delisting gas-fee was never paid on OpenSea. More importantly, the bug causes OpenSea’s contract to scrape the NFT’s original listing price as the current listing price - this is what caused the BAYC NFT mentioned above to be purchased for less than $2,000.

On Saturday (22 January), OpenSea added a new feature that asks users to confirm whether they are sure they want to proceed when a listing is made far below the floor price of a collection. While this does not directly address the bug, it does lower the likelihood of NFTs being sold by mistake. 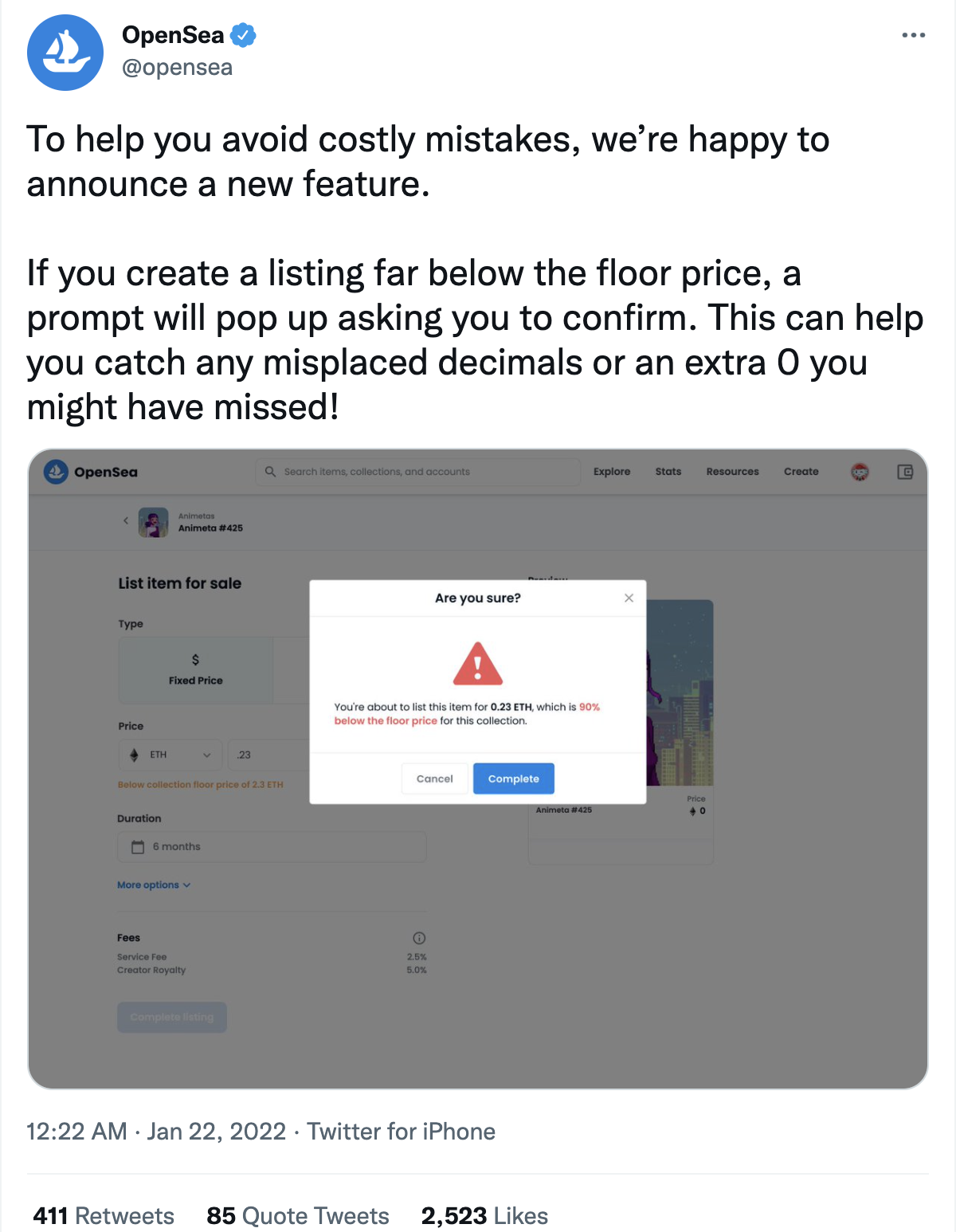 Additionally, Rarible announced earlier this month that the platform would allow users to view ‘inactive orders’ - a feature which OpenSea does not yet have. Inactive orders are described as orders that will become active when the described NFT is transferred back into the original wallet. Evidently, the improvement was not enough to prevent further erroneous sales.

When finalised, the sale of an NFT is irreversible. Some users were surprised to learn that OpenSea’s code had nothing to account for the likely possibility that an actively listed NFT was transferred out-of-wallet. Others have claimed that the platform should be legally liable for the mistake, with some victims of the bug as much as $200,000 out of pocket.