"Build It, & They Will Congest": L2 Scaling Solutions Could be the Lifeboat for Clunky PoW Chains 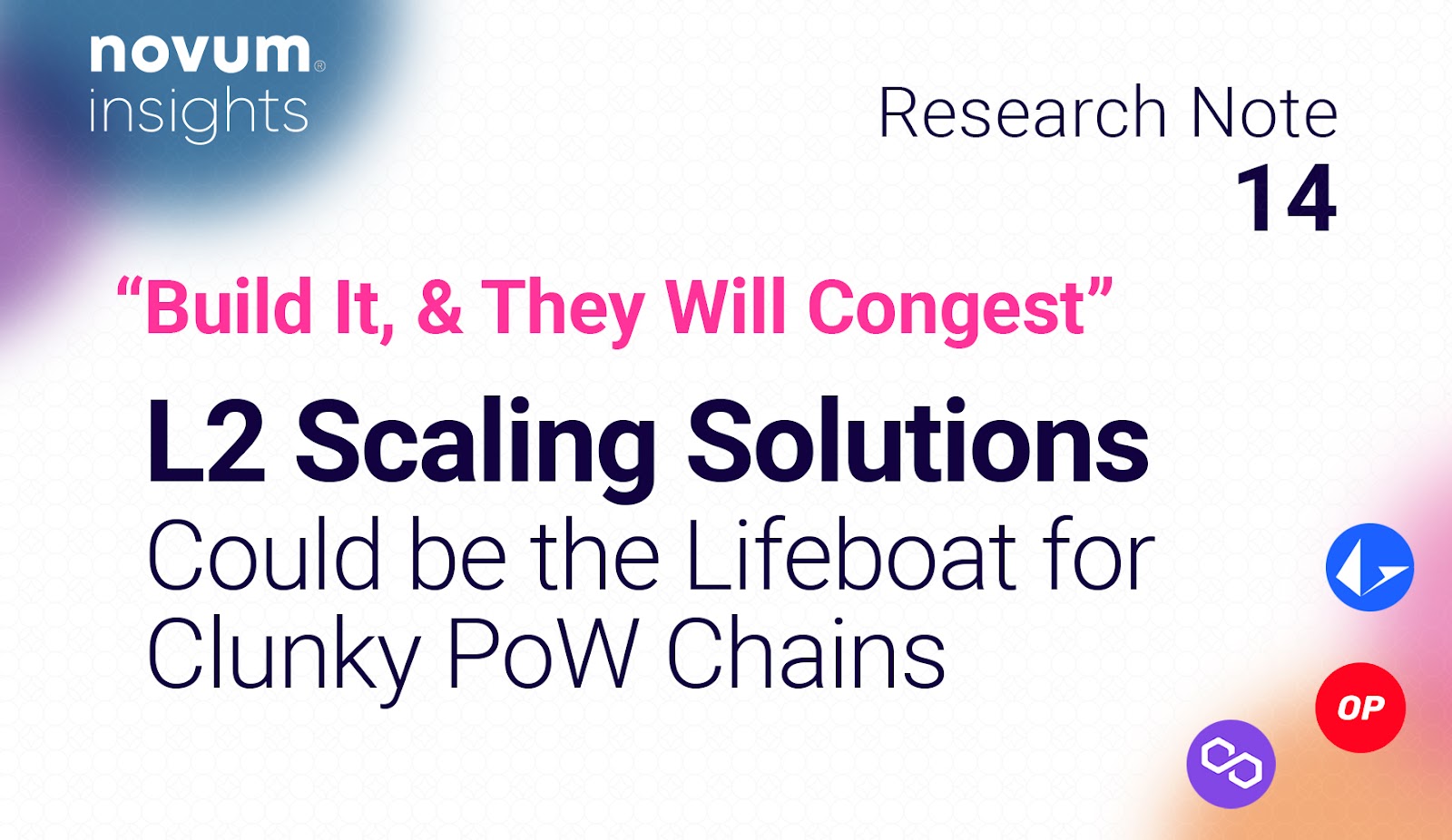 When blockchains achieve a certain user-base, some aspects of their functionality can deteriorate. The obvious example is Ethereum. Vitalik Buterin’s initial aim for the project was to build an alternative to Bitcoin which could be faster and cheaper than its predecessor. Recently however, these aspirations (the latter in particular) have become slightly humorous. Since June, Ethrereum’s gas-fees have risen by roughly 2300% with the network’s average transaction fee frequently touching above $50.00.

The effect of this is stagnant capital, which risks creating the antithesis of the vibrant and stimulated economy of interoperable applications Buterin originally envisaged. The issue stems from the fact that block sizes cannot be increased, or the security of the network would eventually become compromised. But not all is lost. Ethereum has (to some extent) placed its hope in L2 scaling solutions and their capability to give a much needed oiling to its squeaky proof-of-work machine.

Why Are Transaction Fees Rising? 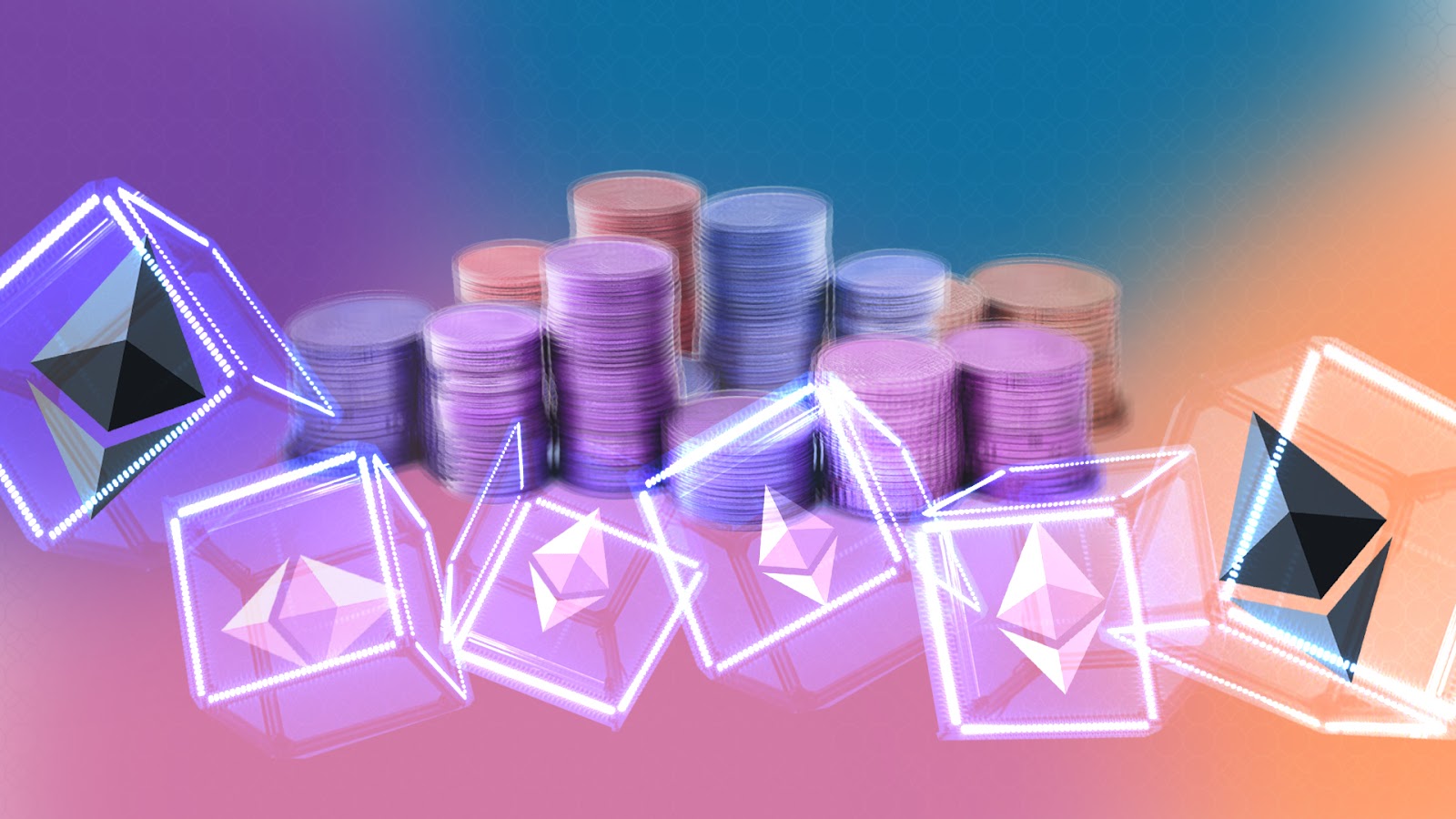 In 2019, if you were told that overwhelming demand for images of cartoon apes would almost paralyse the Ethereum network, you would have been forgiven for skepticism. The recent popularity of NFT’s has hugely contributed to Ethereum’s increase in gas-fees. It provided many less crypto-savvy people their first reason to interact with Ethereum and in many cases, their first point of contact with blockchain technology. Most L1 chains now have at least some form of NFT support but Ethereum remains firmly in place as the NFT king.

Bitcoin too has suffered the same fee-related fate of crypto’s increasingly mainstream profile, albeit not to the same extent. Average transaction fees have now recovered to a monthly average of around $3.00, but in April this year average fees reached a peak of over $62.00. It was fairly inevitable that as the adoption of cryptocurrency and blockchain technology grew, so too would the issue of scaling - with all the technical and financial obstacles that entails. 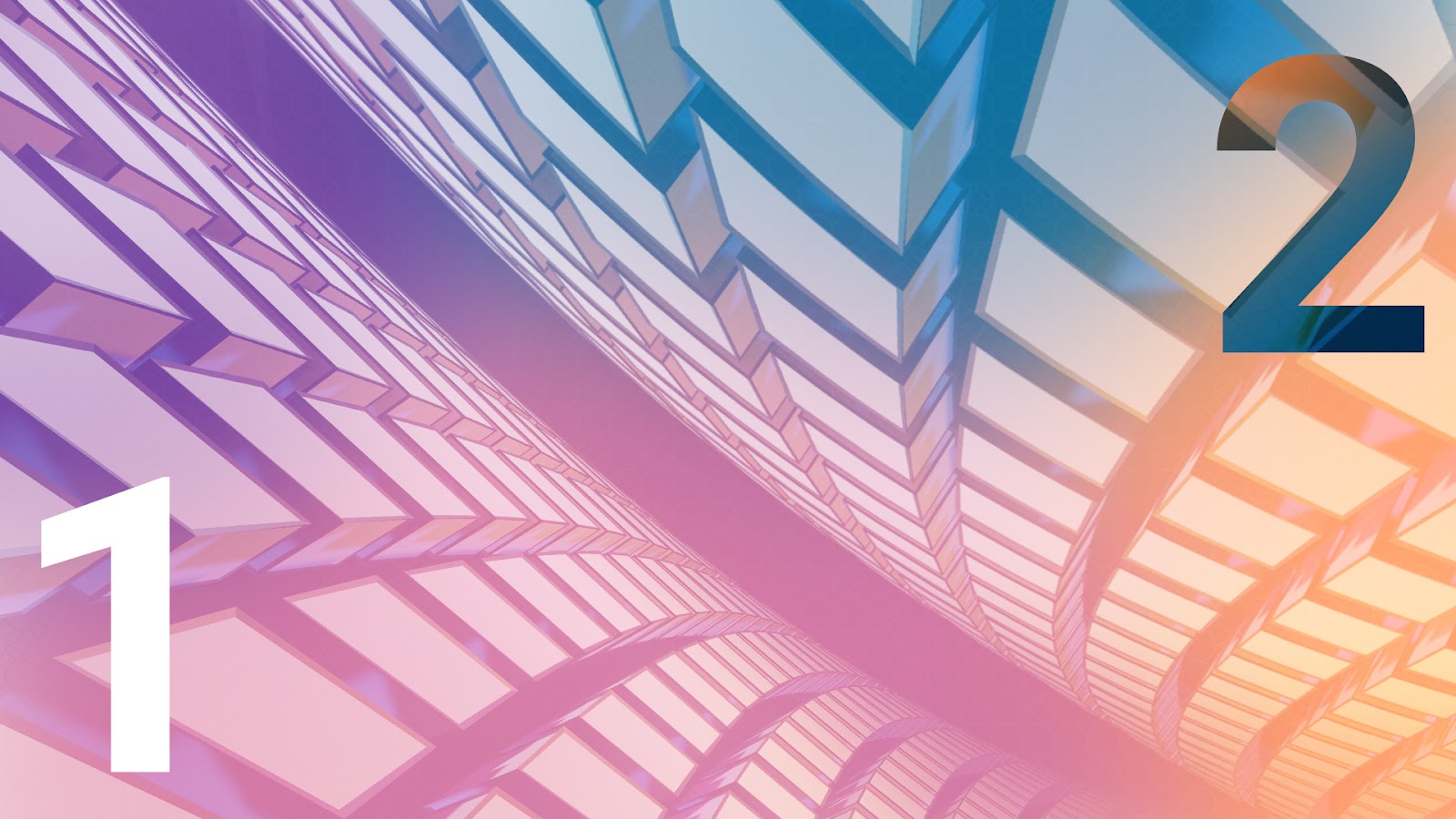 There exist various ways that chains can attempt to natively address issues surrounding transaction speeds and costs. One such approach, ‘Sharding’ breaks down the state of a block into parallel ‘shards’ which allows transaction history and network-state to be processed separately. However these methods can be troublesome to implement and in some cases are slow to come to fruition. A prime example of the cumbersome nature of native scaling solutions is Ethereum’s transition to proof-of-stake, which has been ‘ongoing’ for years and has recently been pushed back to June 2022. Ethreum’s ‘London hard fork’ in August sought to address scalability by changing how miner rewards are earned, but fees remain high and proof-of-work is still used for network validation.

Because of these shortcomings, dedicated layer-2 scaling protocols have arisen which use a variety of methods to streamline the Ethereum mainnet.

Below are some of the most prominent methods utilised by popular scaling L2’s for Ethereum.

‘Plasma’ is a native protocol of Ethereum which is used by Polygon’s MATIC network. ‘Plasma chains’ are essentially sub-chains which have work hierarchically delegated to them by the main chain.

State Channels (utilised by Raiden) allow the majority of chain interaction to take place off chain, with chains intermittently informing the main chain of the network-state.

Zero-Knowledge Rollups, which are used by many L2 scalers including Loopring, allow L1 to validate a transaction without knowledge of transaction details. Transactions are ‘rolled up’ into bundles which are processed on L2, before submitting the validity back to L1 in order to update the network-state.

Optimistic Rollups allow for even greater scalability than ZK Rollups at the cost of security. As the name suggests, transactions are ‘rolled up’ on L2 - but with the optimistic assumption that the transaction is valid. There is then a period during which the validity of a transaction can be disputed by validator nodes - which increases the length of finality time as a by-product. This technique allows far less processing to be done by both chains and is utilised by Optimism.

Succinct transparent arguments of knowledge (developed and utilised by StarkEx) allow validation to occur without the need of generated keys, whilst utilising the same hash functions of L1. Solutions that utilise this technique require higher fees as a result of their larger proof size.

Can L2’s Save Ethereum? 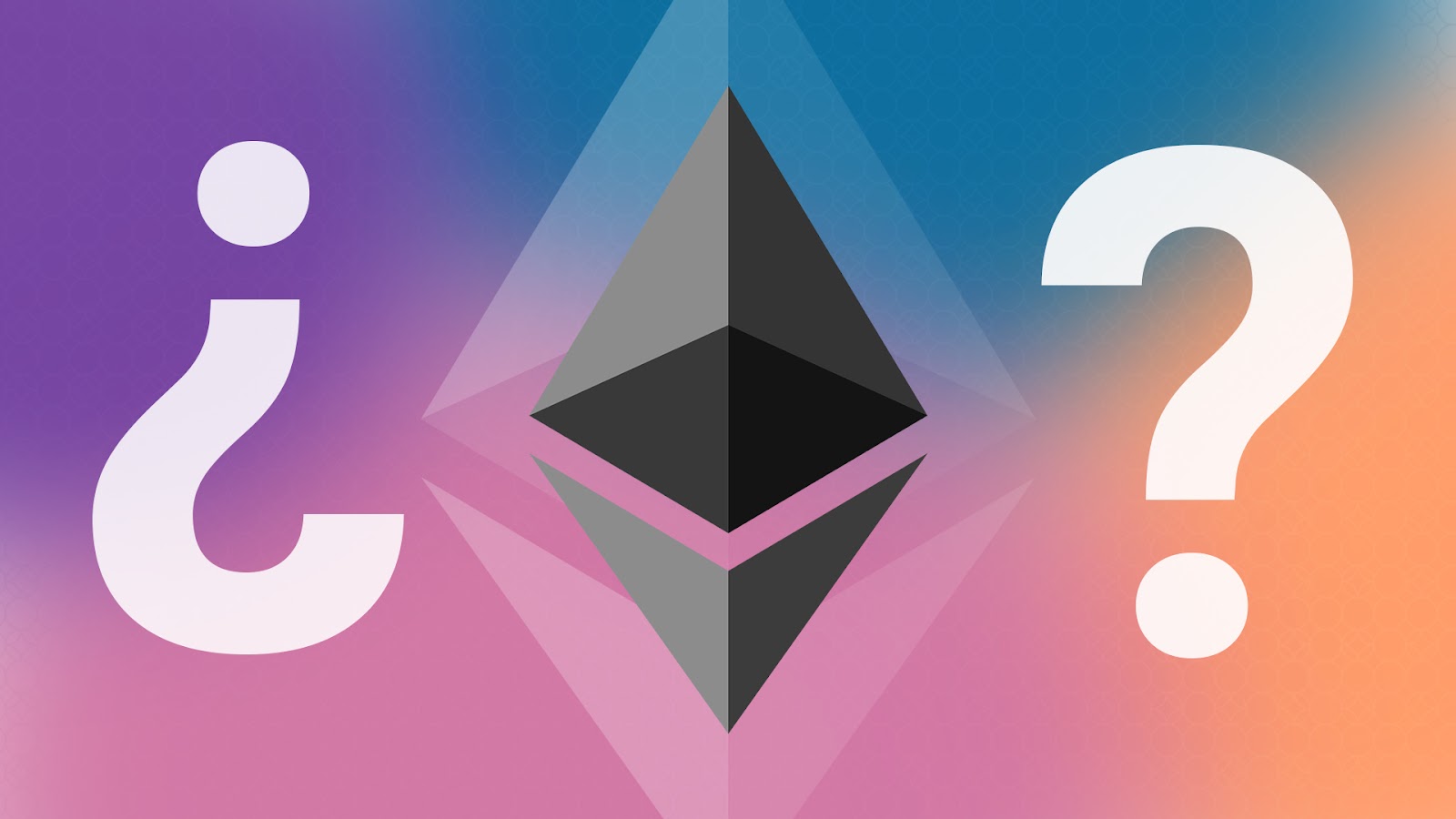 L2 scaling has solidified itself as a beneficial tool built on Ethereum’s infrastructure, whilst preserving the state of its mainnet. Native sharding can address network-fee and speed issues to some extent, but L2 solutions can correct some of the missteps of the EVM (Ethereum Virtual Machine) whilst creating economies of their own.

But others have pointed out that L2 solutions are rarely interoperable, and while they may provide effective scaling within the boundaries of their own platform, the Ethereum network as a whole is at risk of fragmentation if there is no unanimity on the best means of scaling. Another drawback of a fragmented layer 2 is scarce liquidity. With so much choice of L2 solutions to use for more efficient Ethereum network-interaction, the capital of users is divided between them - which creates problems rather than solving them. Scaling solutions do technically benefit Ethereum, but liquidity routinely off-ramping from the mainnet might create problems in itself.

Exposure in the Ethereum L2 scaling space could still be considered a wise strategy, but variables still exist such as the network’s upcoming move to proof-of-stake as well as the potential for growth that ETH still holds. As crypto’s adoption continues to accelerate, ‘scaling’ may indeed end up being the most pressing issue for DeFi in 2022, but the jury is still out when it comes to how this might best take place and who will enable it to.
Written by Rob Henderson for Novum Insights