Cosmos (ATOM) and the Contenders for 'Layer-0' 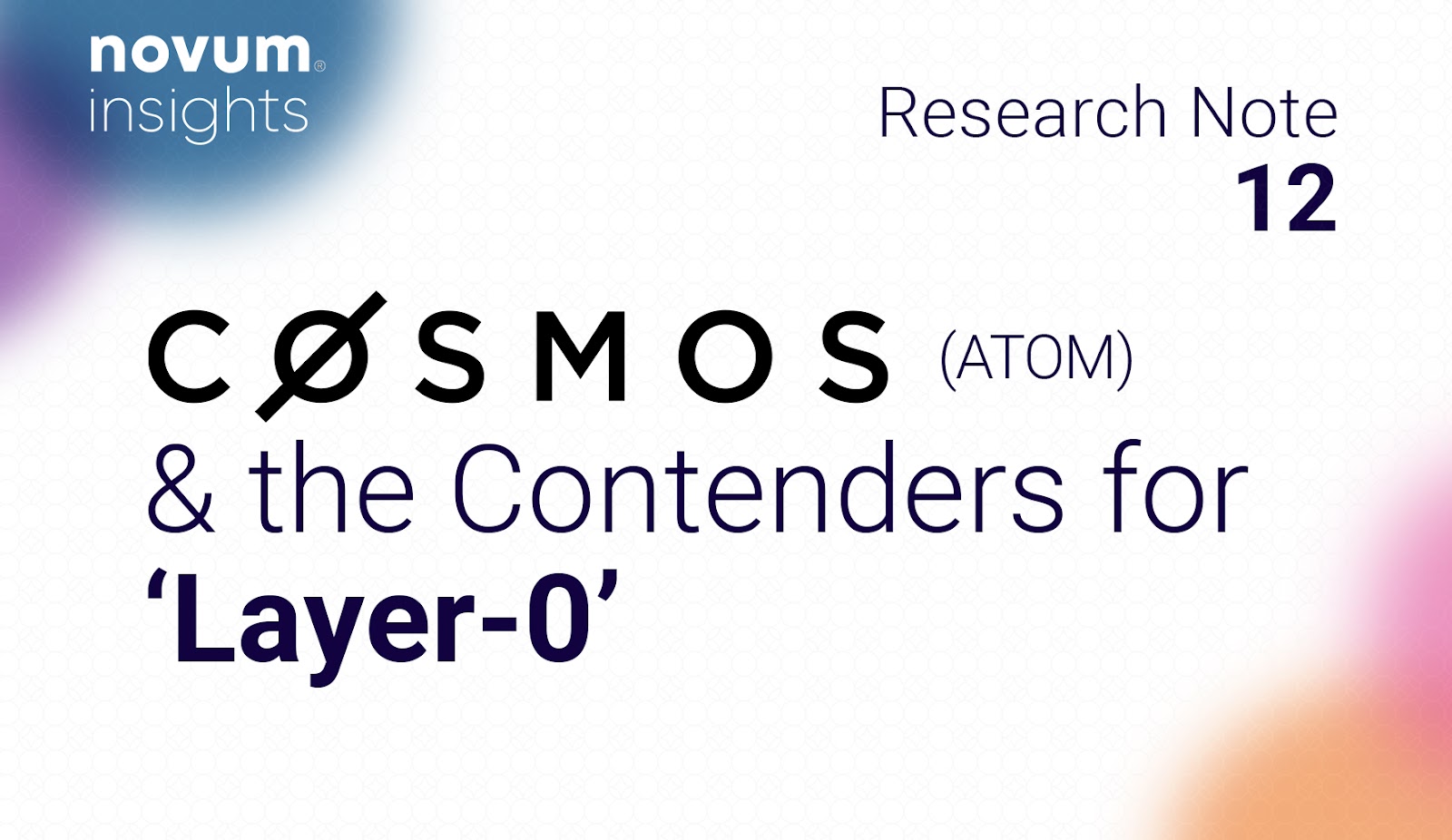 DApps are now considered by many to be the future. Decentralisation is allowing for applications to be more functional, more efficient and importantly: more democratic. But while the rise of dApps is no doubt significant, what is more important is the infrastructures that are making their existence possible.

As the name might suggest, so called ‘layer-2’ platforms require a ‘layer-1’ to record their network actions and provide the fundamentals for their smooth-running. The most famous of these layer-1s being Ethereum (ETH). Bitcoin (BTC) is a better-known layer-1 blockchain, but does not natively support smart-contract deployment (although platforms such as Stacks (STX) are bringing this functionality to Bitcoin.) Now, new layer-1 alternatives such as Solana (SOL) are seeking to contend for Ethereum’s position with more appealing PoS (proof-of-stake) validation, faster speeds and lower fees.

In the last few years however, we have seen a new layer emerge. A new class of blockchain - ‘layer-0’s’ are even more fundamental than ‘layer-1’s and facilitate the creation of an ecosystem of interoperable blockchains as opposed to dApps. One of the pioneers of this concept was Comos - dubbed ‘the internet of blockchains’. 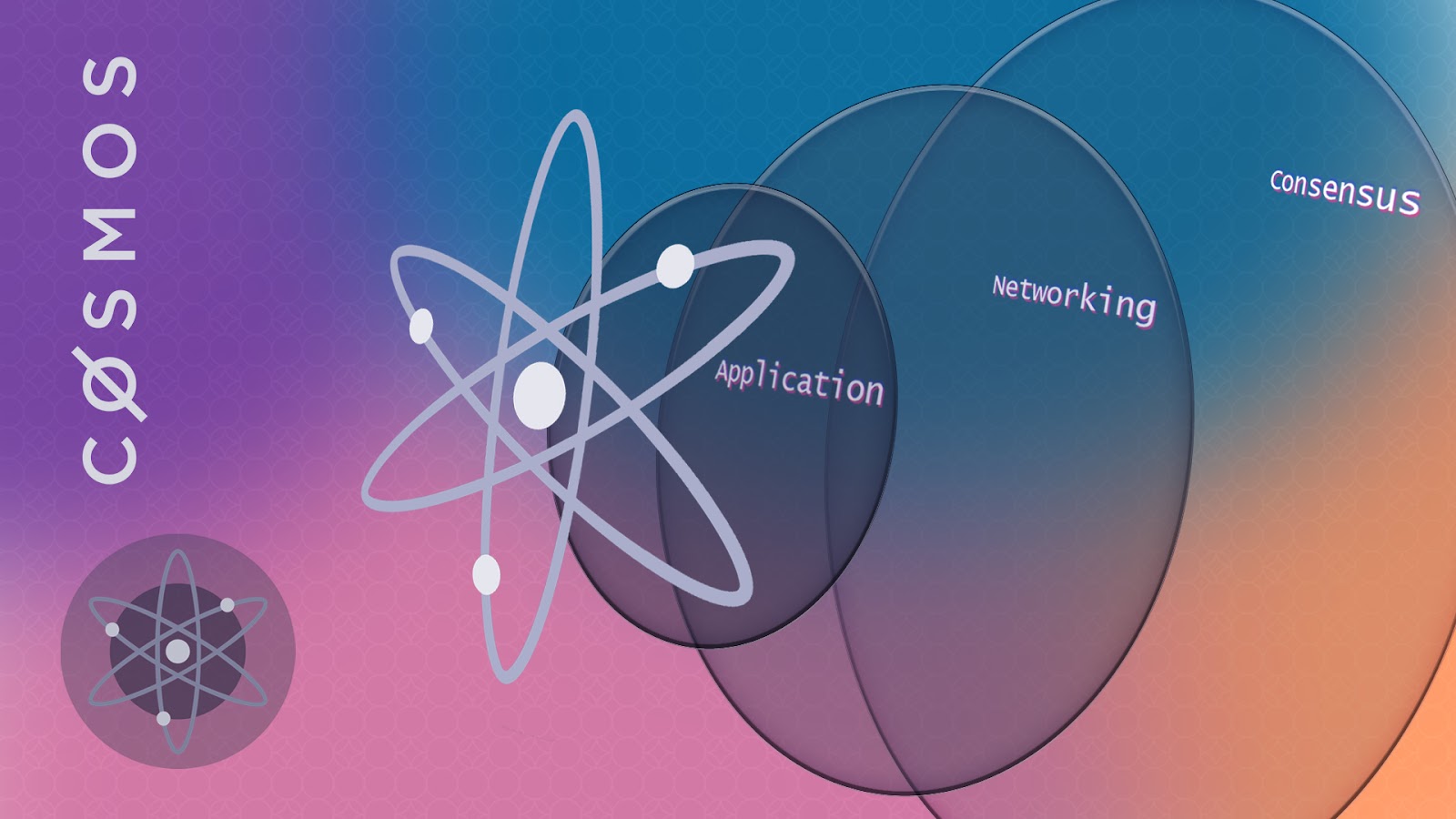 With the native token ATOM, the PoS Cosmos chain began with an ICO in March of 2017. Initially offered at $0.10, ATOM is now trading at around $28.61. Its rise has perhaps not been meteoric, but it has grown reliably and organically. The aim of Cosmos was to provide effective scaling solutions for layer-2 projects, and it has achieved this by having ‘interoperability’ as its core principle. Essentially, if a dApp can function on one blockchain of the Cosmos ecosystem (dubbed ‘zones’) it can interact with all the others as well - an understandably appealing concept to prospective developers.

Last week, the ‘Cosmoverse’ Conference took place in Lisbon which showcased the state of the network and some new platforms. Eric Chen, Co-Founder of Injective Labs spoke of how Cosmos’s interoperability allows Injective Protocol to provide a zero-fee, cross-chain exchange with lightning fast transactions. Thanks to Cosmos’ inter-blockchain protocol, the platform claims it can achieve near instantaneous finality times. Cosmos’s SDK (software-development kit) also allows the platform to have an intuitive and user-friendly UI. You can watch Chen’s demo at Cosmoverse here.

Gregory Landua of Regen Network spoke about how Cosmos has the perfect infrastructure for Regen’s DeFi incentive-scheme for regenerative land-use. Landau said that he believed Cosmos had struck the right balance between complete autonomy and allowing the right people governance. Landua’s talk can be watched here. Abhitej Singh raised similar points during his discussion on the ability for ‘liquid staking’ to secure all blockchains on the Cosmos ecosystem at once. Liquidity in staking not only means more safety for delegators, but more security for blockchain developers.

More fundamentally to Cosmos’s ideology however, Zaki Manian of Sommelier spoke on his belief that currently, blockchain is fungible. When dApps built on different blockchains are only serving as duplicates of one another and offer largely the same functionality - there is little reason for different blockchains to exist. Manian goes on to state that he believes Cosmos is helping to manifest what he believes is the future of blockchain technology - composability. Layer-0’s such as Cosmos are facilitating ‘higher-functionality’ for dApps, by allowing them to have ‘composite’ workflows - not opposing ones. Not only this, but through native interoperability, layer-0’s are creating value in the variety of blockchains that exist by making their unique qualities necessary and useful instead of obsolete. You can watch Manian’s speech here.

The fundamental Cosmos chain itself consists of three separate sublayers. The application layer updates network-state. The consensus layer facilitates consensus-communication for network-validation. And the most important networking layer, which provides a universal communication format to be used by all blockchains in the ecosystem. This seamless interoperability is possible because of the most impressive aspect of Cosmos - its consensus method. 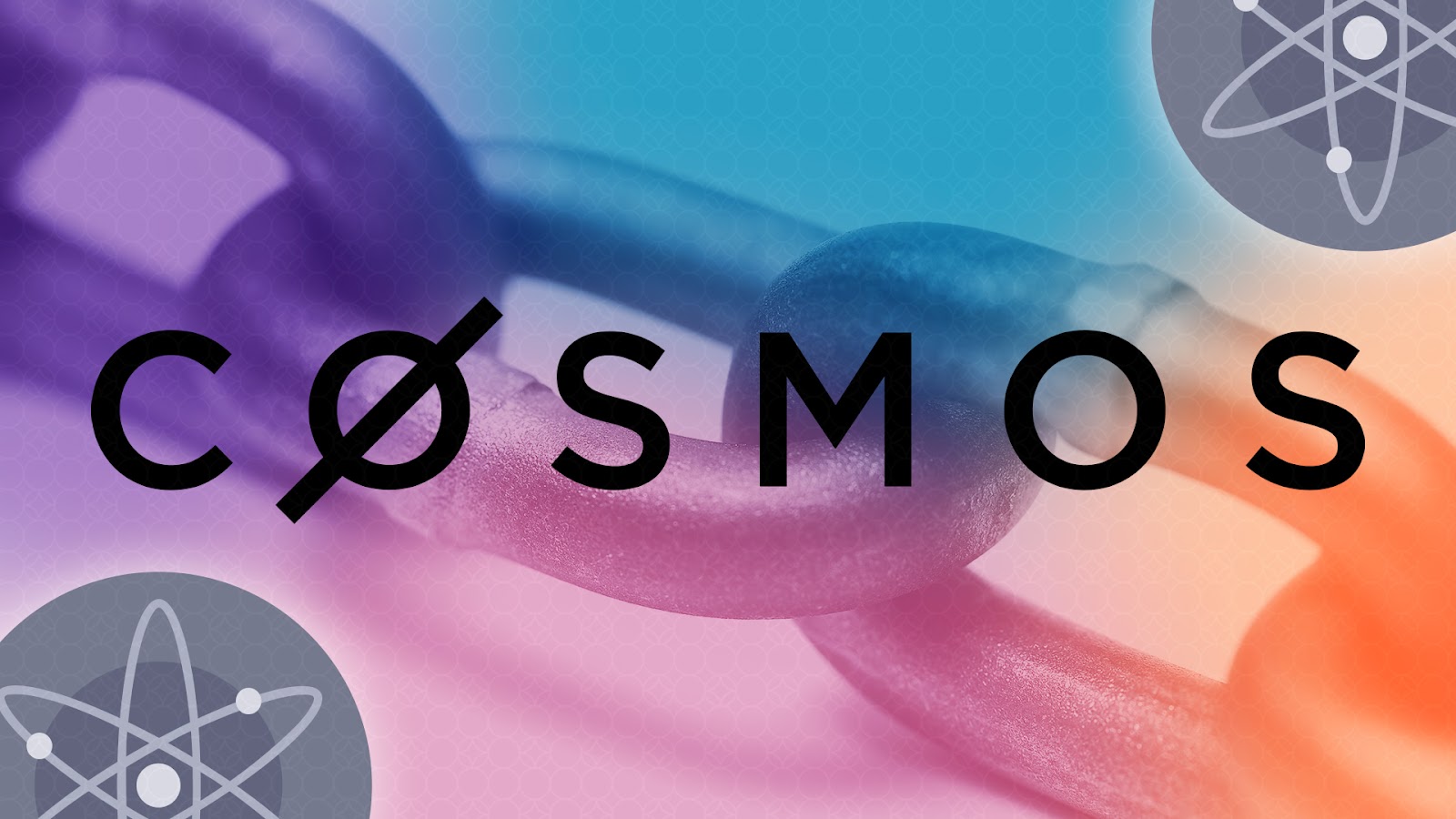 Cosmos uses something called ‘Tendermint BFT’ (Byzantine Fault Tolerance) (‘Byzantine’ is a reference to the famous Byzantine generals problem). This consensus allows ‘Tendermint IBC’ (Inter-blockchain communication protocol) to connect layer-1’s built on the platform. Not only does this method allow multiple blockchains to achieve PoS consensus in sync with one another, it also means that developers don’t need to code their blockchains from the ground-up as significant infrastructure already exists. Cosmos SDK (Software Developer Kit) features pre-built common blockchain functionality such as consensus methods and token minting, which developers can implement to their layer-1’s in a modular fashion.

To stake, a validator node has to be in the top 100 nodes by amount of ATOM staked, however tokens can also be delegated to nodes for individuals to earn rewards vicariously. Cosmos validator nodes essentially function as representatives of their ATOM providers. ATOM providers have the ability to specify which node they wish to delegate their tokens to. In this way, if a node (with voting rights as it has staked over 100 ATOM) votes in a manner which is unpopular with its delegators, they might seek to delegate their ATOM to other nodes. As a result, validators are encouraged to be fair and democratic with the incentive of being delegated more tokens.

But while Comos might appear in some ways to be the ‘perfect’ DeFi project, it is important to remember that innovation in the space moves quickly. Recently, other protocols have sought to manifest the same concept and in some ways have gone beyond the original scope of Cosmos.

Cosmos is Not Alone 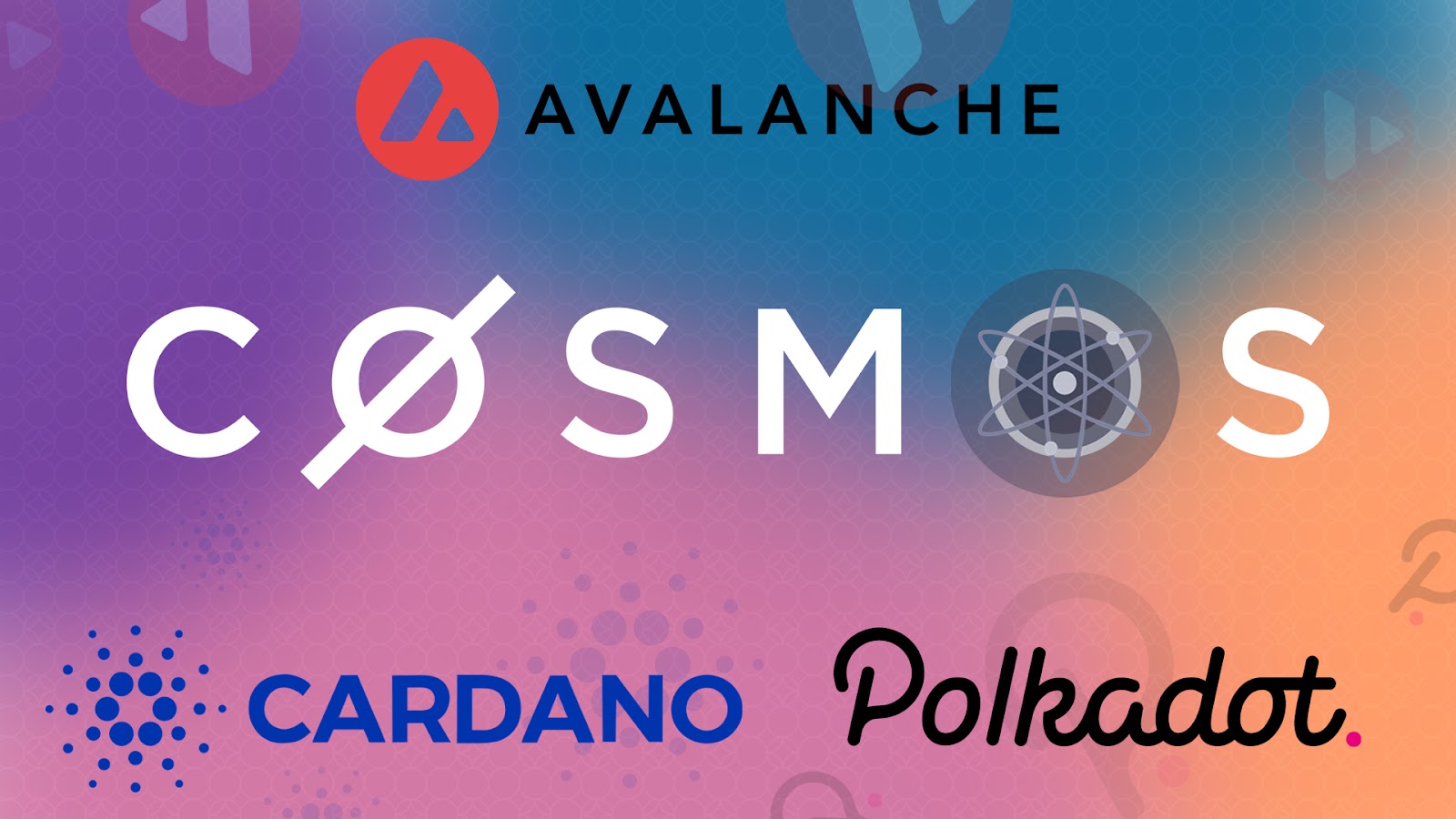 Sadly for Cosmos however, despite its functionality and popularity, its concept is not entirely unique. Newer ‘layer-0’ protocols such as Avalanche (AVAX) and Polkadot (DOT) aim to create the same concept of an ‘ecosystem of blockchains’. Avalanche is capable of more TPS and faster finality time than Cosmos, and Polkadot can be considered more decentralised due to its ability to handle 1000 nodes before performance degradation (compared to Cosmos’s 200).

Cardano (ADA) too has added the ability to create interoperable Cardano sidechains. While this does facilitate ‘layer-0’ functionality, the developers of the aforementioned chains have been quick to highlight that sidechains are not comparable to the functionality of IBC (inter-blockchain communication protocol) utilised by true layer-0’s like Cosmos.

Other concerns relate to how Cosmos validators are regulated. If validator nodes are not utilising their delegations to secure the network properly they can be destroyed - along with all the tokens that were locked. This makes Cosmos token-delegators slightly more vulnerable in comparison to those of other ‘layer-0’ chains. When compared to Avalanche consensus - which allows for validators to specify which of the ecosystem’s blockchains they wish to secure, and protocols to specify the attributes they need their validators to have - Cosmos validation is less customisable.

However, it would be hasty to think that any ‘layer-0’ protocol could be considered ‘supreme’ because of a specific attribute. Chains such as these are difficult to compare on rigid metrics. They are complex and unique, and because of the disparity in how they are built - don’t always fit nicely into tables of comparison. The ultimate metric by which the successes of ‘layer-0’ platforms will be measured is their developer-adoption. While it’s uncertain which of these platforms will come out ahead in five years time - the race just became a lot more interesting