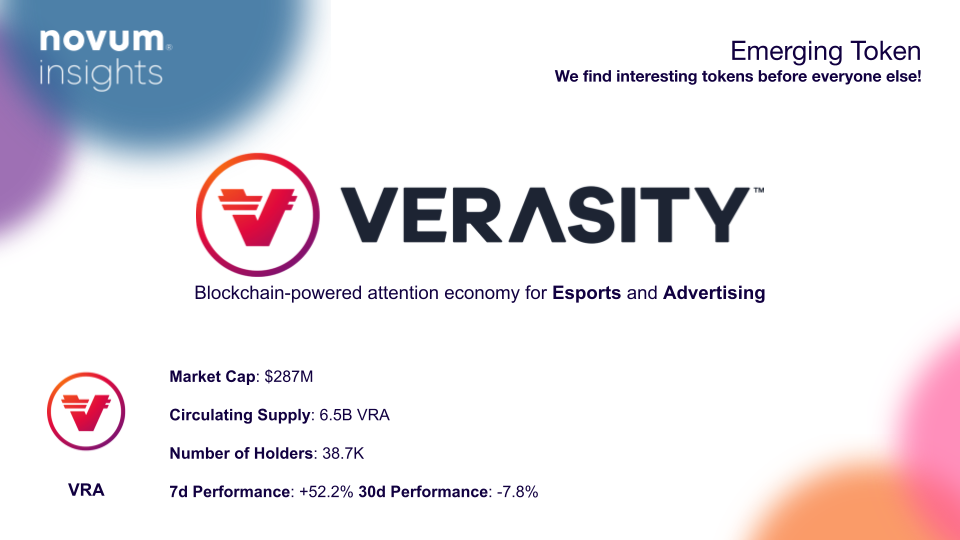 Verasity showed a healthy growth in the past three months with its price increasing by more than 250%. Verasity had a tough month in September having had its price almost halved. However, since October VRA started to climb up and on the 4th of October, 7day SMA(Simple Moving Average) crossed over 50day SMA signalling a potential positive price trend. In the past week, VRA gained 52%. Current trading volume stands at $86.7M. The current RSI is at 63, still under 70 which is traditionally regarded as a selling signal. There are more than 38.7k VRA holders, up 10% in the past two weeks. VRA market cap today stands at $287M with a circulating supply of 6.5B tokens.

A few weeks ago, we identified VRA as a potential buy. The reasoning behind this included active community growth and development, cooled off RSI value of 40, and a descending triangle forming for a price breakout. 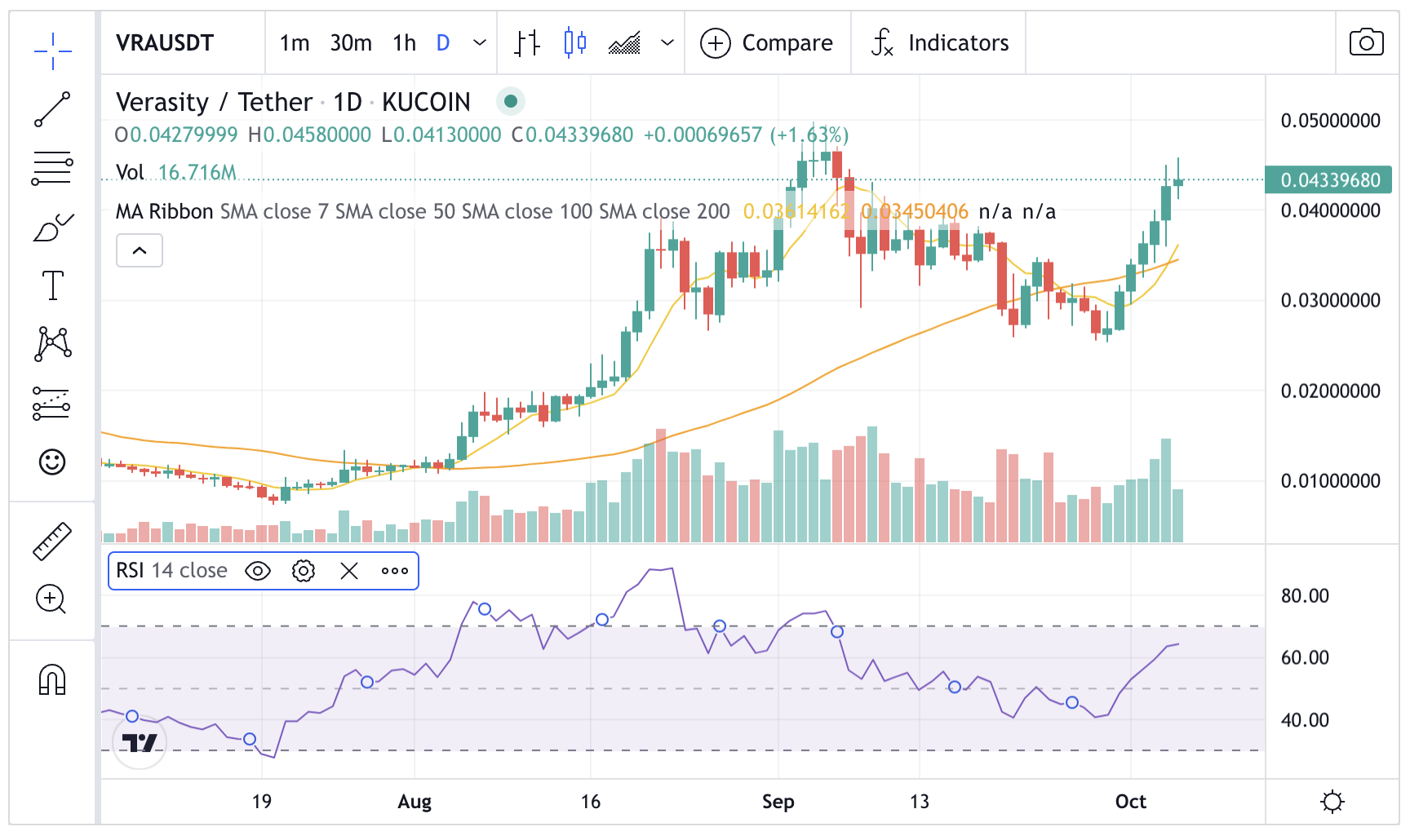 VRA can be purchased on major centralized exchanges including Bithumb, Gate.io, KuCoin and OKEx and liquidity protocols such as Uniswap. VRA has been recently listed on social investing platform Stocktwits.

With Esports and video advertising projected to grow as a $267B industry and $146B industry by 2025 respectively, Verasity aims to improve engagement and advertising efficacy for video content creators and publishers.

Verasity tackles ad frauds utilizing their patented blockchain technology called Proof-of-View(PoV). Artificial intelligence detects manipulative view counts such as view traffic in real-time and legitimate views are recorded on public blockchain. Verasity’s first patent was issued in March 2021, and the company has recently updated the patent with new parameters including preventing malicious actors in the NFT space. The second patent of PoV has been granted a notice of allowance from the United States Patent and Trademark Office this month. Learn more about Verasity’s PoV here.

Verasity increases user engagement via VRA rewards. This enables content creators/publishers to reward viewers with VRA. They can integrate Verasity’s SDK into their video player of choice. The available integration includes Youtube, Vimeo, Twitch and more. Viewers can earn VRA while watching videos and ads. VRA rewards-enabled videos can be found here. The screenshot below shows you how to collect the VRA rewards.

Verasity also rolled out an Esports platform Esports Fight Club. Here you can view and participate in Esports tournaments like PUBG Battlegrounds and Valorant. Winners of these tournaments are also rewarded with VRA.

You can stake VRA for daily rewards. With a minimum 10,000 VRA staked in your VeraWallet, you will earn 0.07% of the staked amount everyday. More information on VeraWallet and staking here.

Growing active user base in Esports, firm technical fundamentals and attractive staking returns make Verasity a project to keep an eye on.

Want to find out more emerging tokens? Try out Momentum Pairs for free!