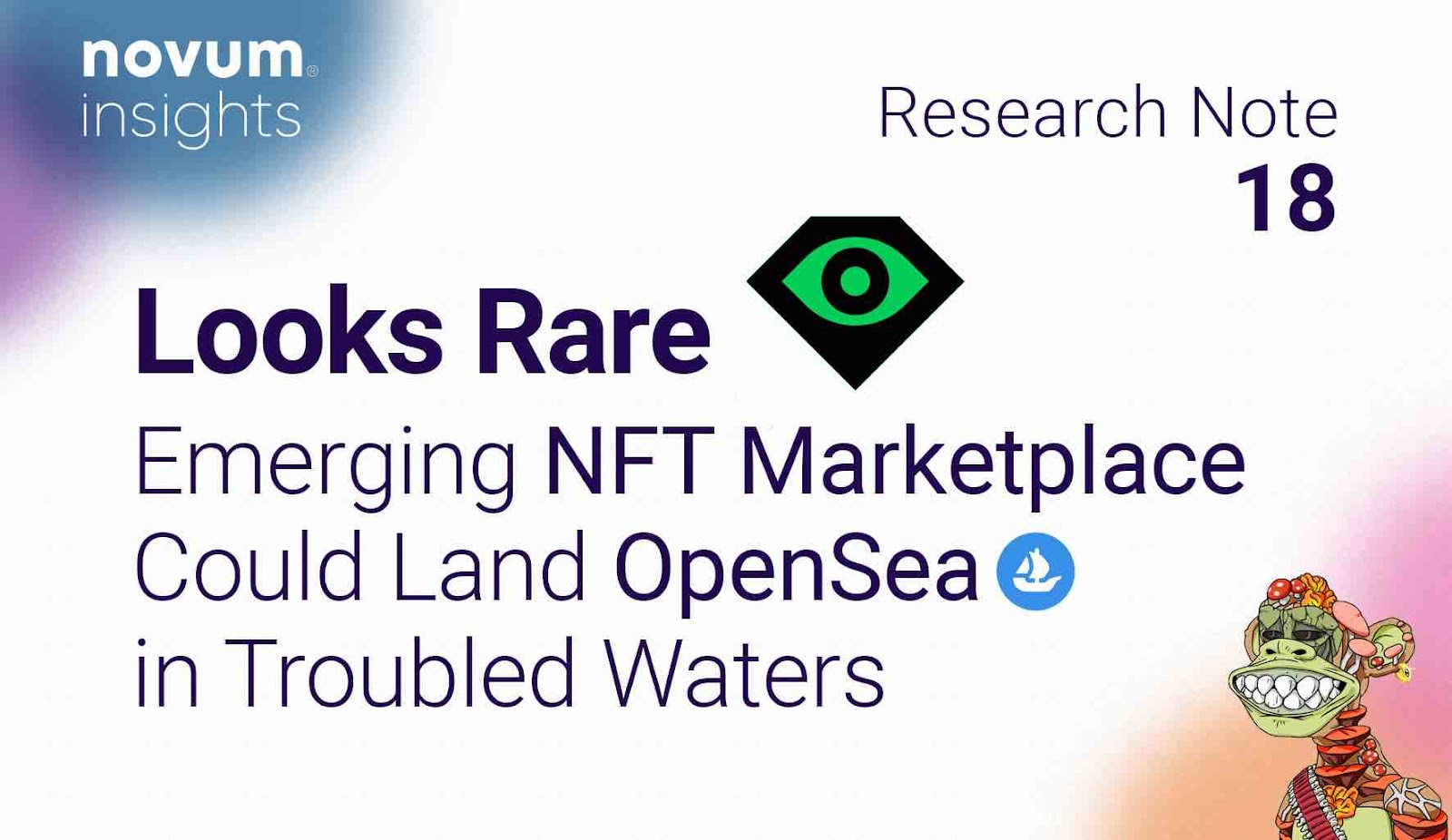 OpenSea’s dominance as the most popular NFT marketplace has been staggering. Its closest competition, Magic Eden, typically sees less than 30% of Opensea’s monthly volume. 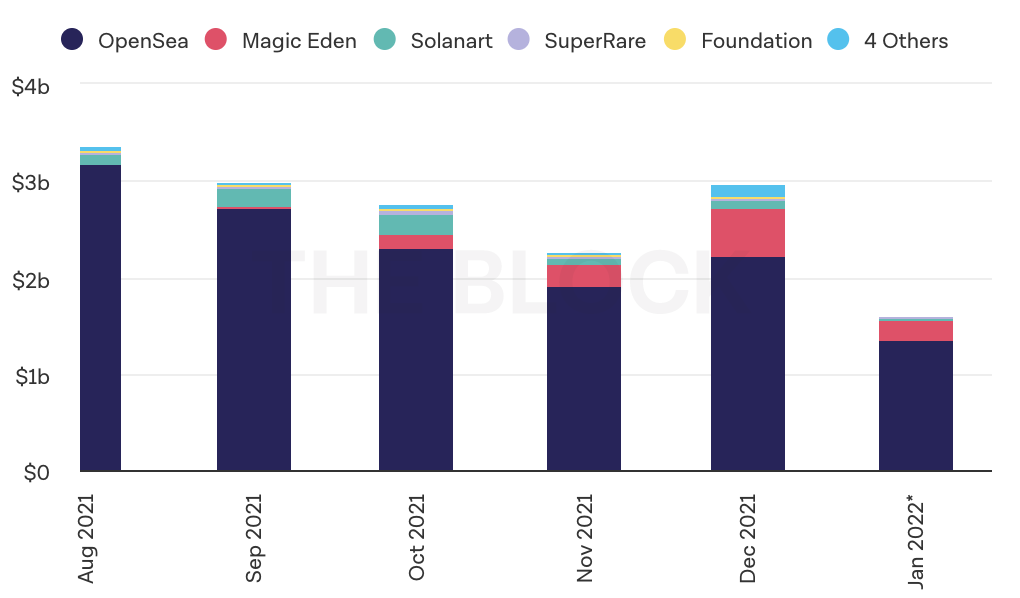 Its popularity has been so immense that the platform’s emergence has been to the detriment of the Ethereum network’s performance - OpenSea is frequently counted amongst Ethereum’s top 3 highest gas users.

But while its position might seem cemented for now, new competition emerged on Monday in the form of LooksRare.

In theory, LooksRare functions the same way as OpenSea. It's a decentralised NFT marketplace where NFTs can be bought, sold and auctioned. As was explained in a blog post by the project’s founders, some of the platform’s functionality is not yet live. Unlike OpenSea, the platform has pseudonymous founders named ‘Zodd’ and ‘Guts’, which might be a concern for some.

The project’s tokenomics however, look solid. With a 75% community allocation, 10% of token supply has been reserved for project founders. 3.3% of supply was allocated to VC investors in a $5M seed round. The remainder is being held for ecosystem development and liquidity management. Of the 75% community allocation, 120,000,000 $LOOKS (12% of total supply) will be distributed via the platform’s launch airdrop (which is discussed later).

A more important differentiator for the platform is that $LOOKS can be earned as rewards by trading popular collections. Once a collection has achieved 1000 ETH of trading volume on LooksRare, both the buying and selling parties are eligible to claim proportionate $LOOKS. Roughly 44.1% of total token supply has been allocated as ‘trading rewards’ for high-volume NFT collections - an attractive prospect for both buyers and sellers. The $LOOKS token is currently trading at around $4.52. This value will likely be highly volatile in the coming days as supply is gradually increased.

Various aspects of the platform’s functionality are placing it in good stead to be a competitor to OpenSea by volume. The platform charges a 2% fee which is paid directly to $LOOKS stakers in both $LOOKS and $WETH. OpenSea fees are paid to the platform itself. Staking $LOOKS currently earns a staggering 900% APR. (This however is another figure which will likely decrease significantly over time.) For creators, the platform’s smart contract means that creator royalties are paid instantly in $LOOKS. OpenSea on the other hand requires collection owners to claim their royalties which can take much longer.

But disregarding where one stands on which is the better platform, the way in which LooksRare has launched poses a threat to OpenSea in itself.

Why Does it Pose a Threat? 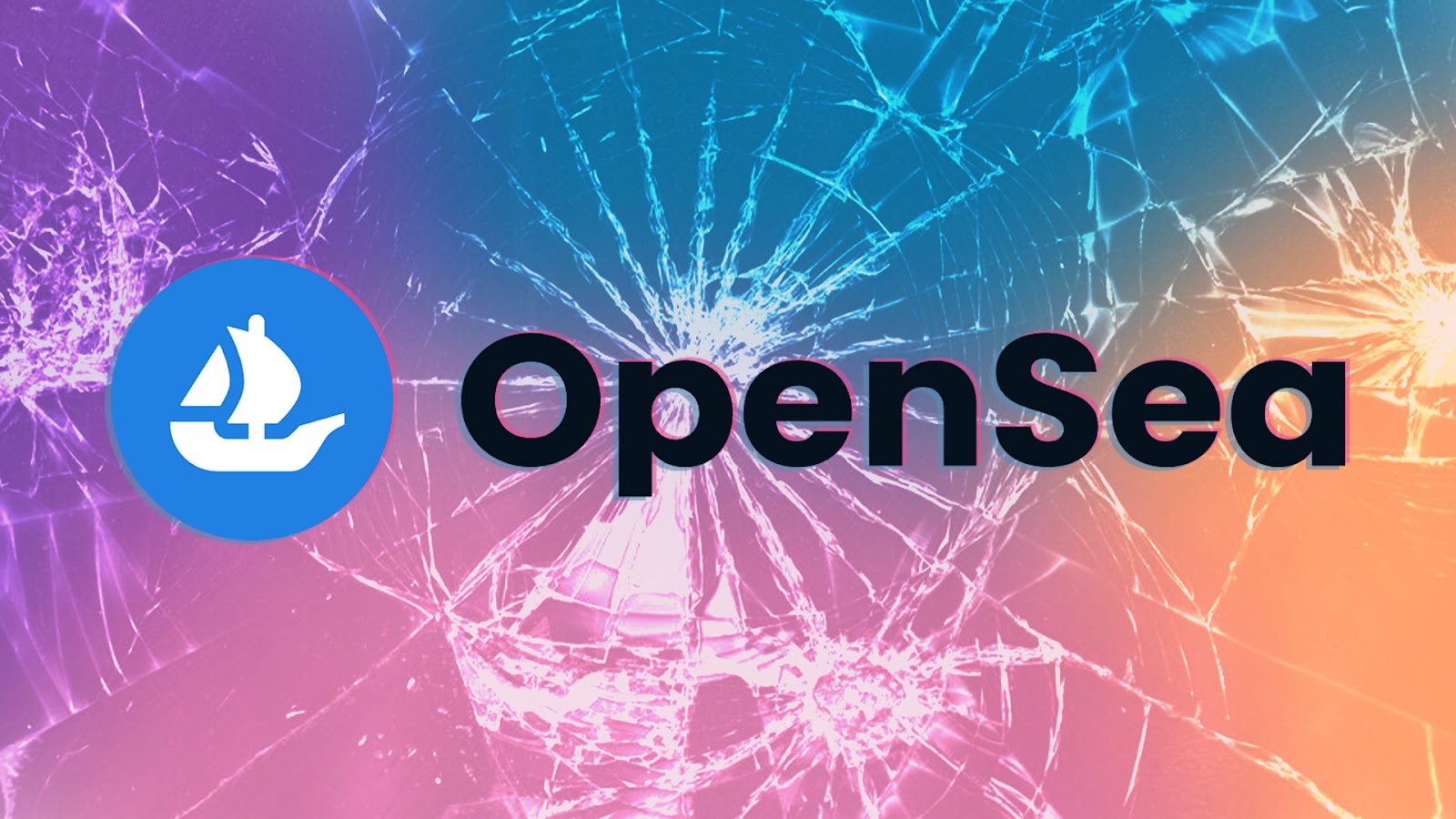 LooksRare’s founders have been ruthlessly strategic. They are aware of OpenSea’s dominance and understand that it takes more than attractive features to lure billions of dollars of volume away from a comfortable home. To mitigate this, anyone who has traded more than 3 ETH of volume on OpenSea is eligible to claim an airdrop of $LOOKS tokens. Although cleverly, the redeemer must list an NFT for sale on LooksRare to claim their tokens. The rush of NFT holders looking to redeem their tokens by listing NFTs caused the LookRare airdrop wallet to be the top gas-using address on the Ethereum network on Monday when the platform launched.

When done suddenly without much forewarning, these kinds of platform launches are sometimes called ‘vampire attacks’, due to their ability to ‘suck’ volume from competition platforms. In the case of LooksRare, its strategy targets exactly the demographic it needs to - high-end NFT traders who have more leverage over the market than they are given credit for. The $LOOKS token might come to represent ERC-20 exposure to NFT trading, without the need to actually hold ERC-721 tokens.

There is a strong sense of déjà vu in watching LooksRare adopt this strategy. In 2020, the popular DEX Uniswap was forked by a similarly pseudonymous developer to create what they perceived to be a platform superior to Uniswap. Sushiswap had a governance token, staking rewards, and an attractively democratic ethos. Its arrival on the scene moved tens of billions of dollars worth of DeFi liquidity away from Uniswap. LooksRare however is also not the first attempted ‘vampire attack’ on OpenSea. The ‘metaverse marketplace’ Infinity launched with a similar token-based attack in October last year - although did not achieve the mass ‘volume steal’ it attempted.

The platform’s $LOOKS-earning rewards model might be indicative of where the developers see LooksRare fitting into the NFT-marketplace hierarchy. By requiring collections to have achieved over 1000 ETH of volume before earning trading rewards, the most valuable (and as a result: the highest volume-bringing) collections are incentivised to move from OpenSea. And for a significant volume steal, these are the collections that need to be incentivised. Some users have already claimed that OpenSea has begun maliciously freezing NFTs due to alleged ‘suspicious activity’, after appearing for sale on the storefront of their new competitor - although this cannot be verified.

Assuming that the actions of ‘Chef Nomi’ (the pseudonymous developer of SushiSwap who drained and then returned $14M of liquidity from their own platform) are not mirrored, LooksRare could see significant traction in the coming months. If a prediction can be made, if the platform is successful, the most likely position for LooksRare to land in is the ‘premium’ NFT marketplace for high-end trading (by virtue of high volume requirements for trading rewards). OpenSea will likely retain significant volume in any case, but LooksRare is a new thorn in its side which - without attention - could turn into a much bigger wound.