Terra (LUNA): How Stable Really is Your Stablecoin? 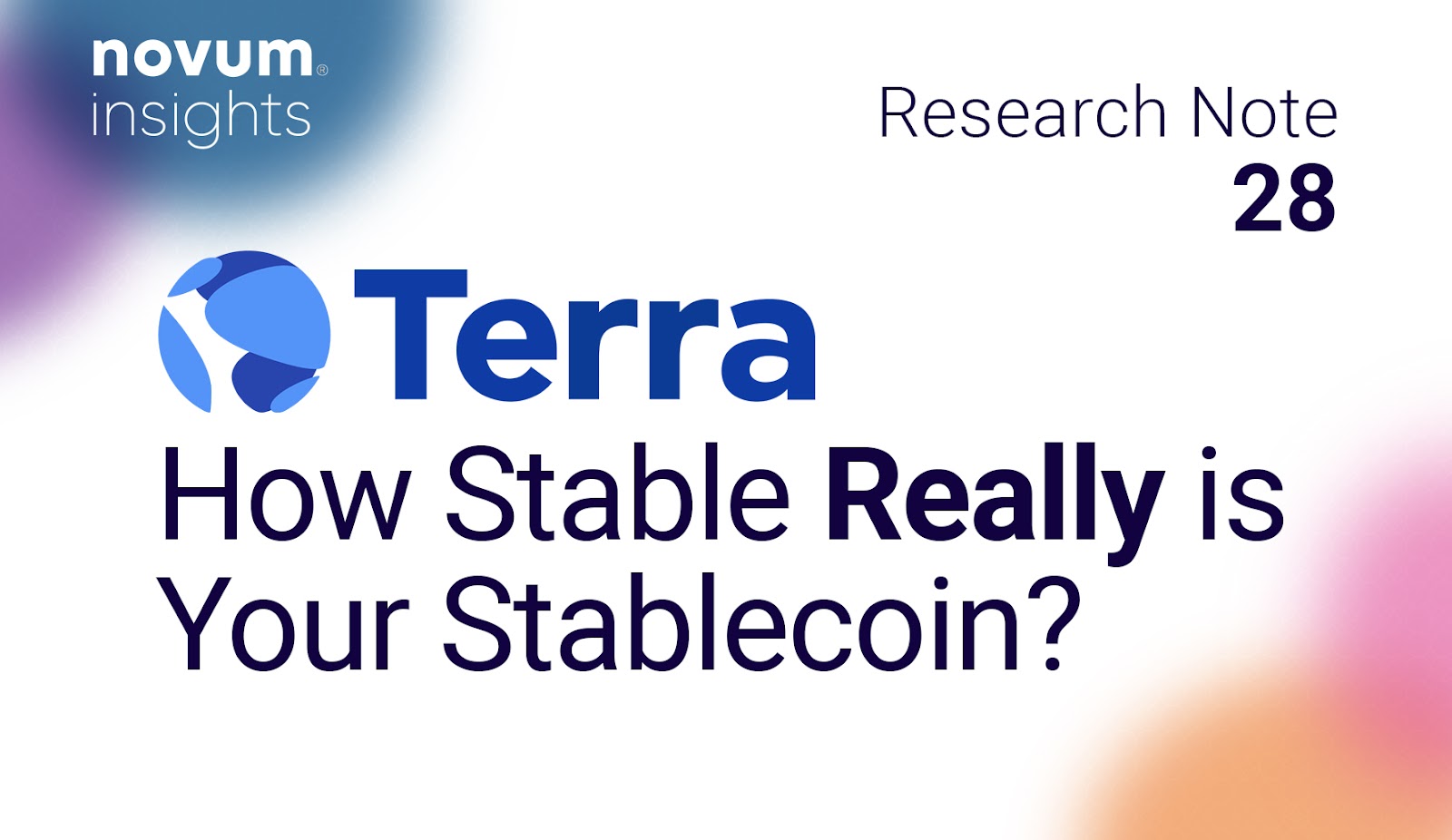 Stablecoins like Tether (USDT) and USD Coin (USDC) are one of the most utilised use-cases for crypto currency. They allow users to quickly off-ramp capital to a stable cryptocurrency, without having to go through the often time-consuming process of extracting funds to actual fiat currency. In most cases, selling crypto for fiat currency requires KYC (Know Your Customer) and AML (Anti-Money Laundering) checks, which can slow down the off-ramping process during periods of market volatility (when users might require swift conversion times).

While stablecoins do offer a solution to this problem, various forms of collateralisation methods exist each with their own advantages. Stablecoins can be backed by crypto-currencies and commodities amongst other forms of collaterlisation. One of the most stable collateralisation methods which protocols can utilise is the use of real-world fiat currencies as a source of backing.

Developed on the ‘layer 0’ Cosmos blockchain and launched in 2018, Terra is one such protocol which has recently been reaping the fruits of its labour. The platform’s native LUNA token has seen a staggering 1000% growth in value in just 11 months and is now the second highest ranked DeFi chain by TVL standing at $28.5B locked. Let’s take a look at what makes Terra’s stablecoins tick. Founded by Do Kwon and Daniel Shin of Terraform labs, Tera is a DPoS (Delegated Proof of Work) blockchain built on Cosmos. Delegated PoS requires fewer nodes and as a result is more energy-efficient than traditional PoS consensus. The platform’s native stablecoin UST (which is pegged to the US Dollar) is currently the 3rd largest stablecoin by market cap with 17B UST reportedly in circulation.

Many stablecoins are pegged to fiat currencies, but Terra’s main strength lies in how its price parity occurs. The fiat-backed stablecoins of other protocols such as Binance USD and DAI typically allow users to redeem their stablecoin for an equivalent sum of fiat currency - this is partly how the value of each remains tethered.

The price parity of stablecoins created on Terra however is carried out algorithmically. Each of its stablecoins are backed by and redeemable for the platform’s governance token LUNA which maintains price parity by dictating their supplies. This opportunity to swap stablecoins for LUNA ensures that the price remains tethered as any decoupling would immediately be exploited through arbitrage (a method of profiting from slight price differences) and hence recoupled. In using this method, the platform is able to avoid over-collateralisation by allowing a flexible LUNA price to absorb price differences.

The protocol also allows its users to create their own fiat-pegged stablecoins to currencies of the user’s choice. Terra already hosts stablecoins pegged to USD, Euro and South Korean Won amongst others. While efforts are taken to ensure stablecoins remain coupled to its backing currency, it cannot be denied that a risk exists in their ability to become decoupled. The collapse of Evergrande last year prompted fears that Tether (which was believed to have a substantial amount of its backing in the form of Chinese bonds) would become untethered from the value of USD, which would have posed significant risks to the stability of the DeFi sector.

The ‘Report on Stablecoins’ drafted by the President’s Working Group on Financial Markets published November last year advised that “legislation should require stablecoin issuers to be insured depository institutions” to prevent ‘stablecoin runs’. This is not the case for a large number of stablecoin protocols - including Terra. Terra is instead backed by cryptocurrency reserves.

In some ways however, algorithmically adjusted stablecoins such as Terra (UST) might be considered to pose the least risk. Rather than relying on large fiat currency reserves (oftentimes without institutional insurance), protocols like Terra delegate price parity to the users of DeFi. If ever it was to be detached from its fiat value, someone would stand to profit from correcting it. But it is worth bearing in mind that such methods are at risk of malicious activity such as price manipulation attacks - where large amounts of capital are used to artificially create arbitrage opportunities. This week, Ethereum-based stablecoin protocol Beanstalk suffered such an exploit - resulting in the platform losing $182M of its value.

Ultimately, stablecoins cannot yet be considered to have the security of institutionally backed fiat currencies. Even though utilising stablecoins for swift conversion of crypto poses less risk than holding substantial amounts of capital in such currencies, it is not without its own. But as the use of stablecoins continues to grow with the DeFi sector itself, protocols like Terra take advantage of the very thing that financial authorities criticise them for - the fact that they are not financial institutions.