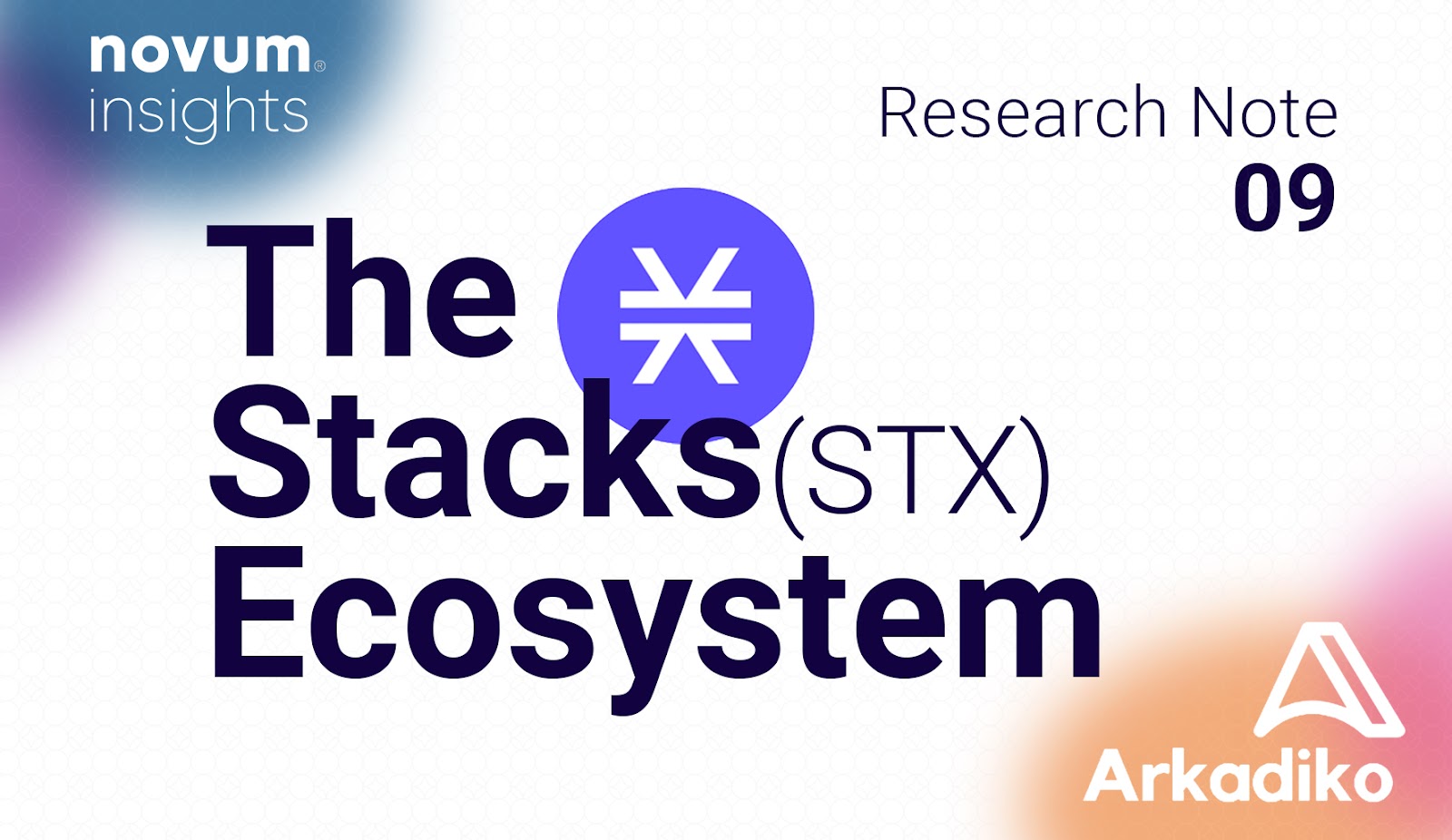 (Disclaimer: In the interest of full-disclosure, please be aware that Stacks(STX) is currently an investor in Novum Insights at the time of this article’s publication. Novum Insights is also a member of ‘Stacks Accelerator’ cohort-1.)

Historically, one of the main advantages of the use of Ethereum as opposed to Bitcoin is its ability to have smart contracts and dapps (decentralised apps) deployed on its blockchain. It seems however, this can no longer be considered the case.

Using its native ‘STX’ token currently valued at $1.90, the Stacks blockchain seeks to “inherit the power of Bitcoin'' while providing a platform upon which dapps can be built and smart contracts can be deployed. The technology of the Bitcoin blockchain might be compared to Terry Pratchet’s Discworld turtle, with Stacks proposing to construct a utopia atop its ancient, antiquated shell. But as fantastical as this sounds, can what the platform proposes be achieved in full? Let’s take a look at some of the applications built on Stacks and what makes the platform tick. 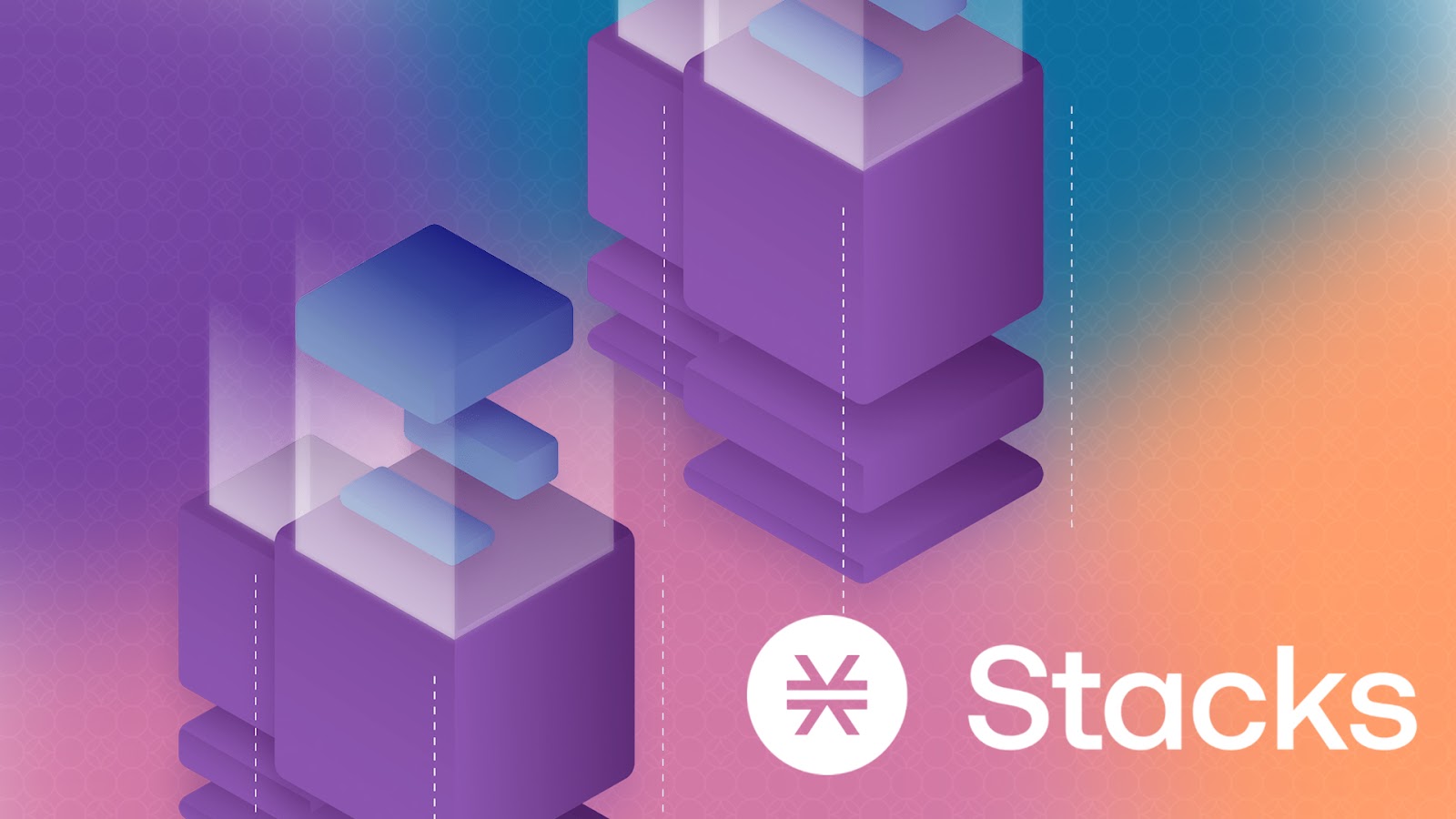 Stacks is commonly misidentified as a layer-2 blockchain. Layer-2 Bitcoin protocols such as Lightning(LN) simply facilitate streamlining of the existing blockchain by improving elements such as transaction speeds and scalability. Stacks on the other hand is a layer-1 blockchain which creates its own ecosystem by running in parallel to the Bitcoin blockchain.

All transactions made on the Stacks blockchain are also recorded on the Bitcoin blockchain - allowing the Stacks network Bitcoin’s settlement assurance. This is especially important to dapp developers as it guarantees that their code cannot be modified or taken down from the blockchain. However, Stacks carries out its own leader election (a process of delegating work between securing nodes).

A logical follow-on question might be: “if Stacks isn’t a layer-2 blockchain utilising blockchain security, how is its network secured?” Stacks uses what is known as Proof-of-Transfer (Pox). Users can lock in their STX to secure the network and receive Bitcoin miner rewards in BTC with “up to'' 20% yields. This is called ‘Stacking’ and can be done via a collective ‘stacking-pool’ using OKCoin or independently (if a stacker is in possession of at least 110,000STX). It is worth mentioning that as a result of both its BTC-based reward-payouts and utilisation of Bitcoin infrastructure, the platform is still reliant on Proof-of-Work(PoW) technology despite its Proof-of-Transfer (PoX) status.

In essence, by using this unique structure, Stacks can essentially have control over its own independent network with the Bitcoin blockchain acting as the workhorse for transaction processing, finality and settlement assurance. 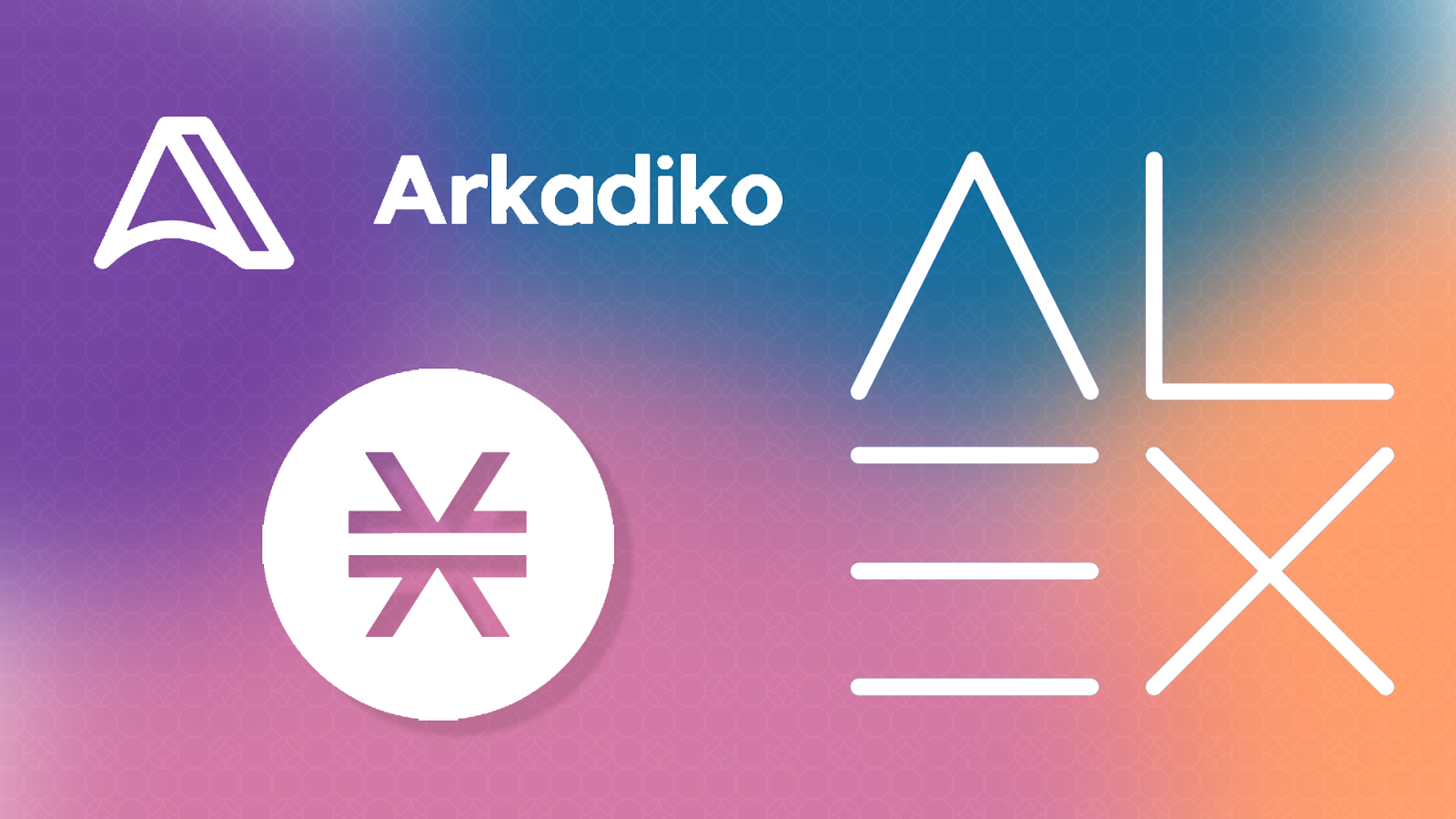 As a result of the platform’s seamless interaction with Bitcoin, developer activity has been relatively quick off the mark. In particular, liquidity provision protocols have found the guaranteed security of BTC-backed transactions to be an attractive prospect.

A recent example of a project taking advantage of this technology is Arkadiko - going live just 6 days ago (22nd October 2021). Arkadiko is a decentralised, non-custodial liquidity pool. As an alternative to directly ‘stacking’, users can instead collateralise their STX (similarly to how users secure the network) but rather than BTC rewards, users borrow a stablecoin called USDA. At the time of writing, only around 4 million USDA has been minted - liquidity is currently quite limited. Some users have also expressed concerns surrounding how ‘stable’ the platform’s stable coin will really be.

As a loan, the USDA is required to be paid back, but where Arkadiko is unique is that it allows the yield of your collateralised STX to pay the loan back automatically. The platform states that your loan will automatically be repaid over the course of around 3 years. In essence, Arkadiko allows you to borrow your expected yield for your collateralised STX while their platform uses the collateral to secure the Stacks network.

ALEX (Automated Liquidity EXchange) is another example of a protocol looking to take advantage of Bitcoin’s ‘sea’ of liquidity using Stacks. The platform allows for lending/borrowing, token launching and leverage products such as margin swaps and yield farming.

It should also be mentioned that the Stacks blockchain has support for NFT’s, with marketplaces such as Stacks Art adding value to the Stacks ecosystem.

Does Stacks(STX) Pose a Threat to Ethereum? 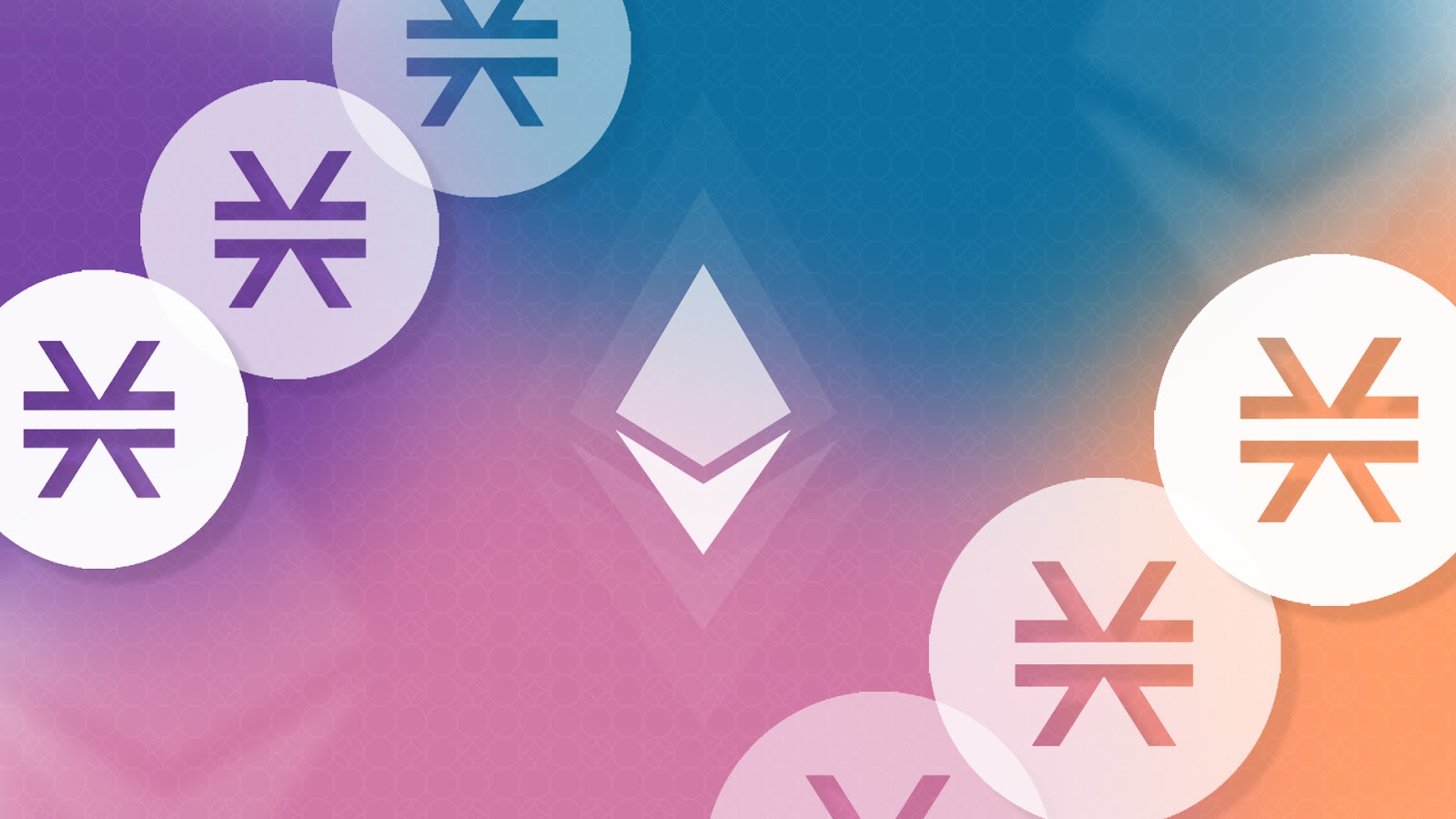 Ethereum remains the most widely adopted DeFi dev-platform by far, with more than 3000 Dapps built on its network. Given that Stacks largely aims to construct an ecosystem comparable to Ethereum using the Bitcoin blockchain, the obvious question is how serious a threat does it pose to ETH. In theory, platforms built on Stacks will in general have access to significantly more liquidity by virtue of Bitcoin’s higher market cap in comparison to Ethereum. The network’s PoX control mechanism also seems to be an effective and promising alternative to PoS, which can generate meaningful yields while securing the network.

But whilst building upon the Bitcoin blockchain has provided immense convenience and security to the development of the Stacks blockchain, it also means that it does not have direct control over that which it is built upon. Some believe that a Bitcoin fork could prove problematic for the platform.

In any case, the Stacks network taps into the as of yet ‘untapped’ liquidity that exists on the Bitcoin blockchain. It allows platforms like Arkadiko and ALEX to utilise that liquidity to provide DeFi solutions without even having to construct blockchain infrastructure. While the ultimate success of these platforms is yet unknown, it is safe to say that the technology is very promising.