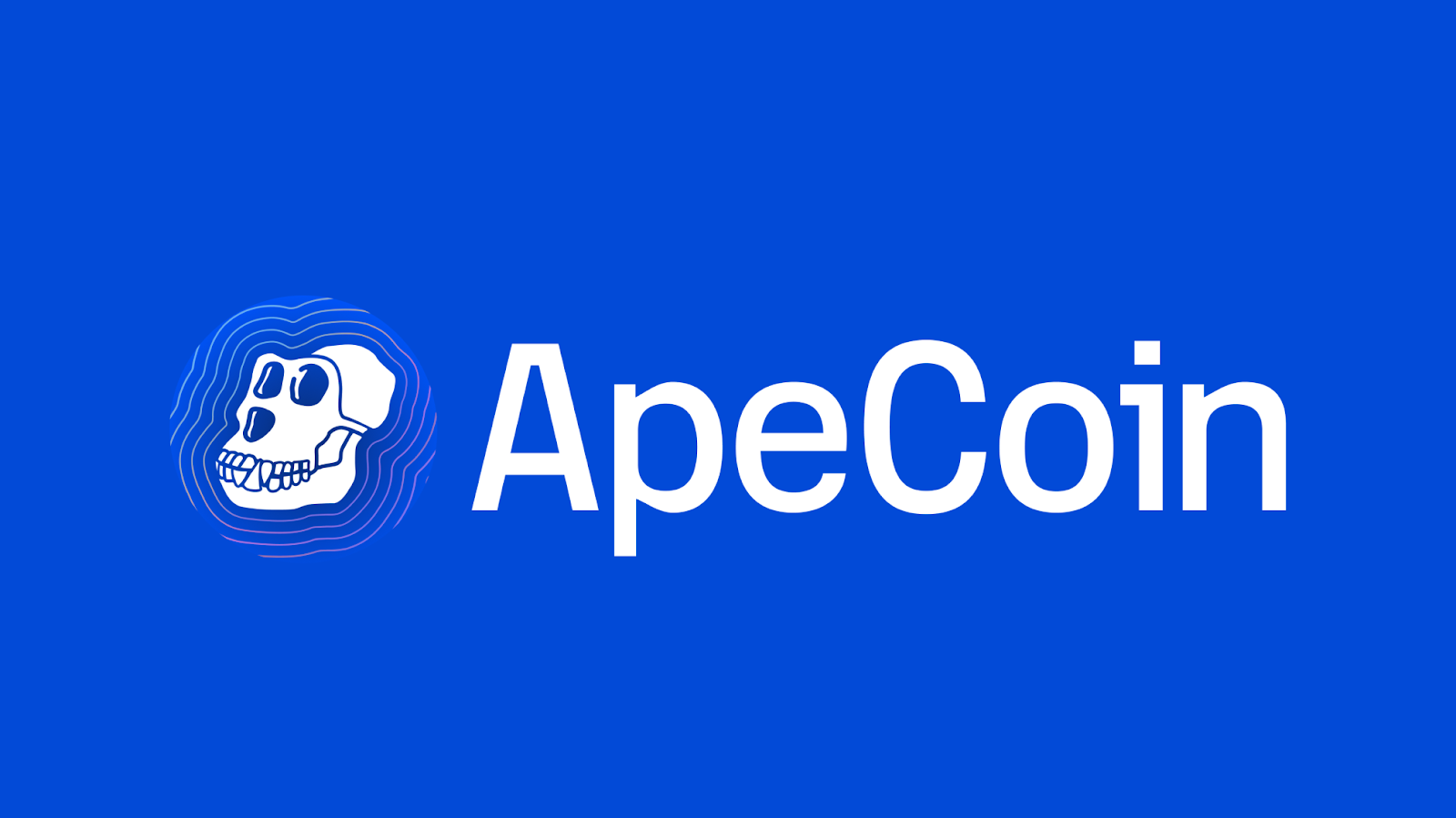 CryptoPunks, created by Larva Labs, has long been the closest competitor collection to BAYC by estimated market cap - currently at 764K ETH ($1.9B) and  856K ETH ($2.2B) respectively. In a blog post, Larva Labs was quick to insist that this was not an acquisition of the company itself, but rather the brands of its two largest collections.

Despite its lower valuation compared to CryptoPunks, Meebits also remains one of the most highly valued NFT collections with an estimated market cap of 119K ETH ($300M). As can be seen below, Yuga Labs is in the process of building something of a monopoly on high-value NFT collections.

Competition to NFT giant Yuga Labs has taken a blow as the brands and copyright of these collections have now been acquired by Yuga. The exact sum has not been disclosed, but estimations place the value of the deal, which was facilitated by music industry executive Guy Oseary - to be a minimum of $100M. Yuga Labs was also in talks with VC firm a16z (Andreessen Horowitz) in February about a $200M+ investment valuing the group at a staggering $5B. The move means that there is now a disparity of almost $1.5B between the BAYC market cap and the 281K ETH ($721M) market cap of its closest competitor collection - Clone X. The floor price of the BAYC collection also increased by more than 25% with the announcement.

The group has also announced the launch of a new ERC-20 token called ‘ApeCoin’ to represent the BAYC NFT collection, with a 15% allocation of its 1 billion total supply airdropped to BAYC and MAYC owners. Crucially however, the token is not being released by the company itself but rather by the ApeCoin DAO (decentralised autonomous organisation), which will operate a token-based voting system. The DAO was likely formed to avoid regulatory non-compliance, and its council members include Amy Wu of FTX and Reddit co-founder Alexis Ohanian. 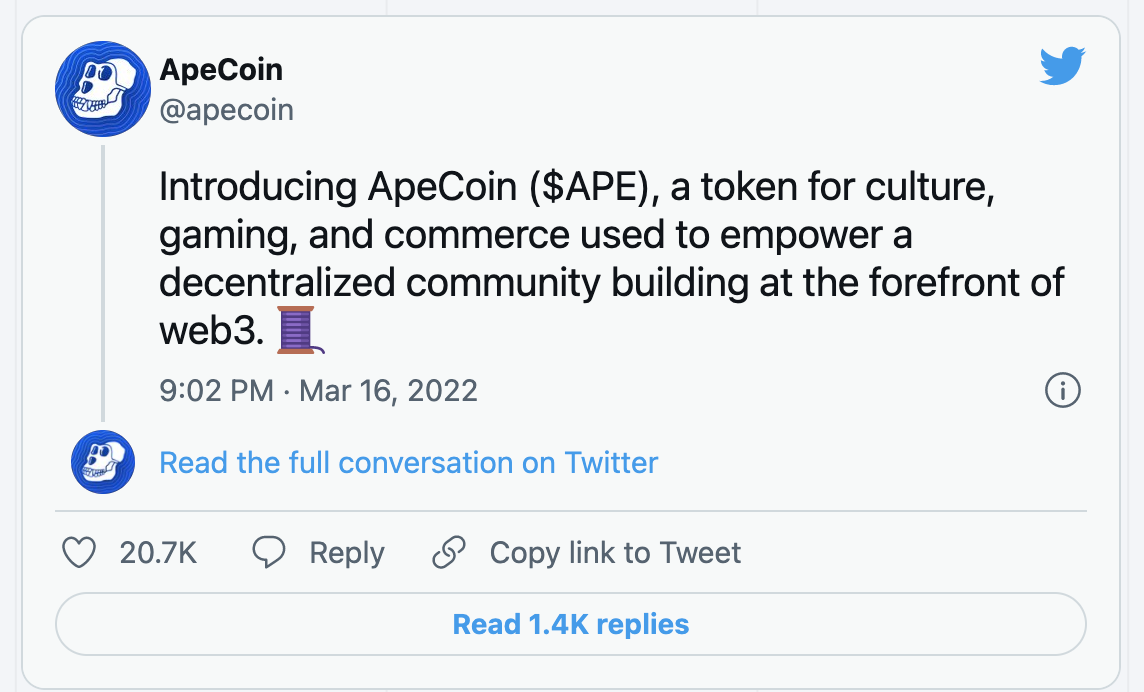 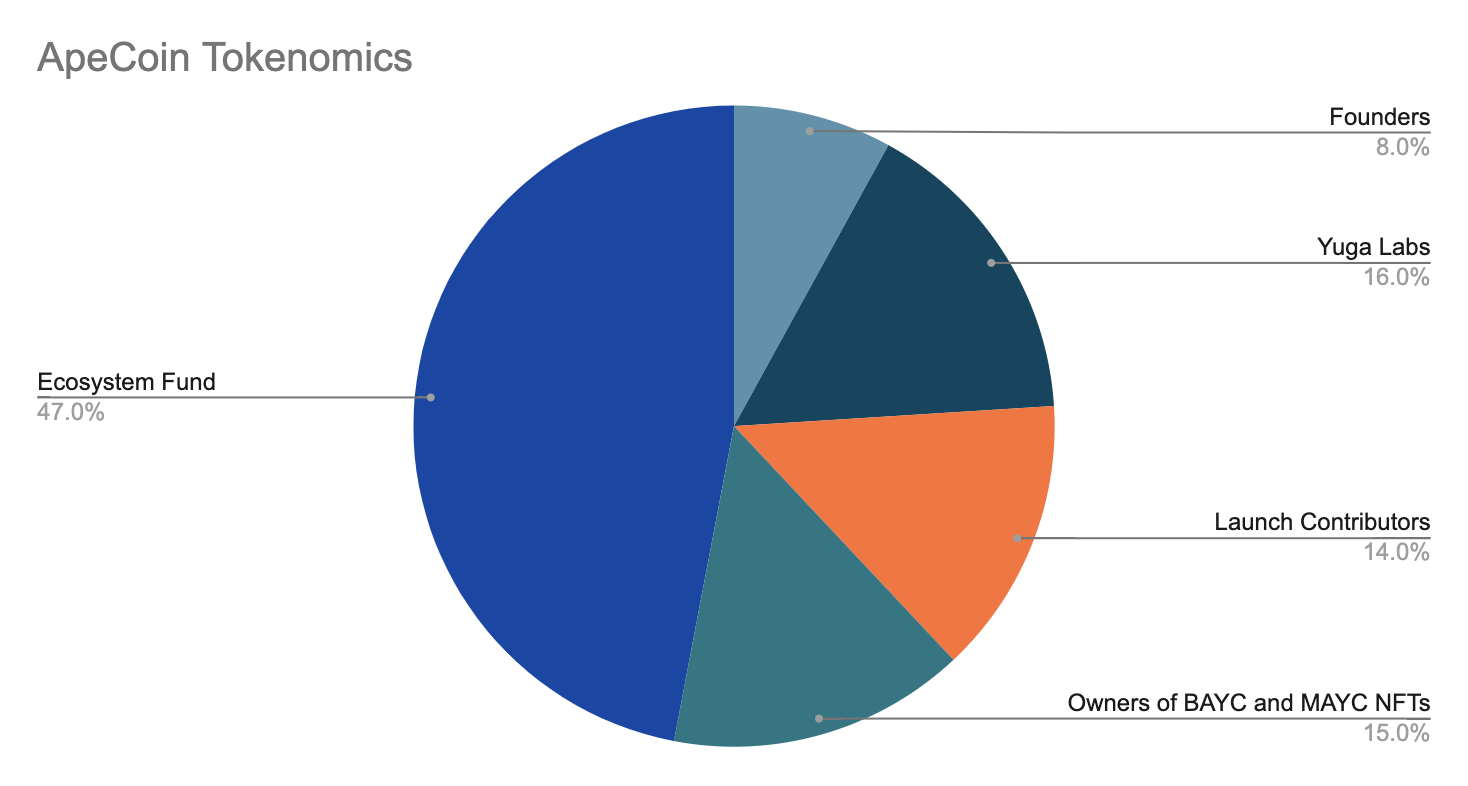 The company also recently partnered with Animoca Brands to develop a game involving ownership of the newly released token. Yuga looks poised to use NFT IPs to develop an NFT entertainment brand. Fuelling controversy however, it was announced that full KYC (Know Your Customer) checks would be required to participate in the upcoming game. These forms of checks (which typically require government-issued documents and facial ID) are commonplace for centralised crypto exchanges, but are few and far between for NFT projects and supposed Web3 products. 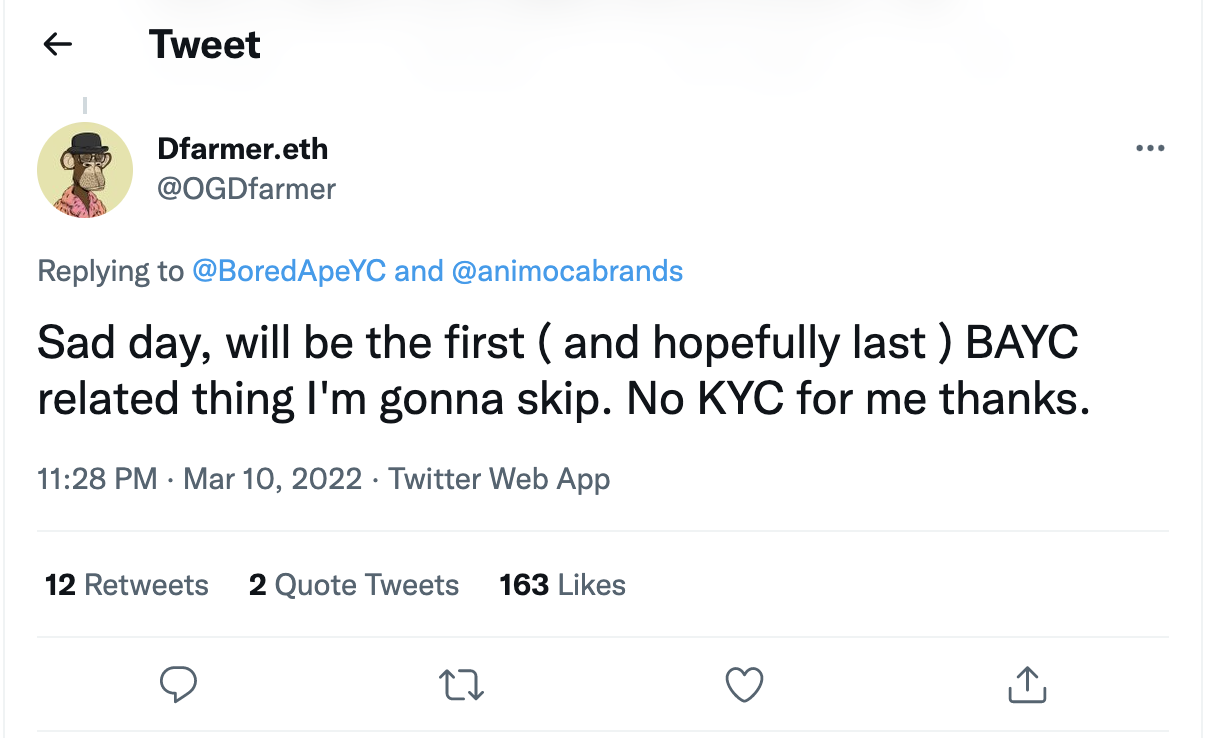 Holders of tokens in the acquired collections are divided on whether the move benefits owners, and some are now concerned about the precedent being set for centralisation of the supposedly ‘web3’ space. It is unlikely that the acquisition or token launch would have taken place without a belief that significant profit could be generated from these collections. And in the world of Web3, business models which primarily generate revenue for private companies - don’t tend to be popular. Some have taken issue with the 38% token allocation reserved for founders and insiders, which will reportedly have an initial lockup for a period of 12 months. However, 47% of token supply will be allocated to a BAYC ecosystem fund.

It would be unfair to say that Yuga Labs has no regard for the autonomy of token holders. Unlike Larva Labs, Yuga has made clear that the intellectual property rights of tokens in the Crypto Punks and Meebits collections will now be granted to token owners as opposed to the creators of the collection. This was not the case when these collections were managed by Larva, which was an issue for which they had faced criticism. Larva themselves acknowledged that “[their] skill sets aren't well suited for… the day to day management that these kinds of projects deserve.” 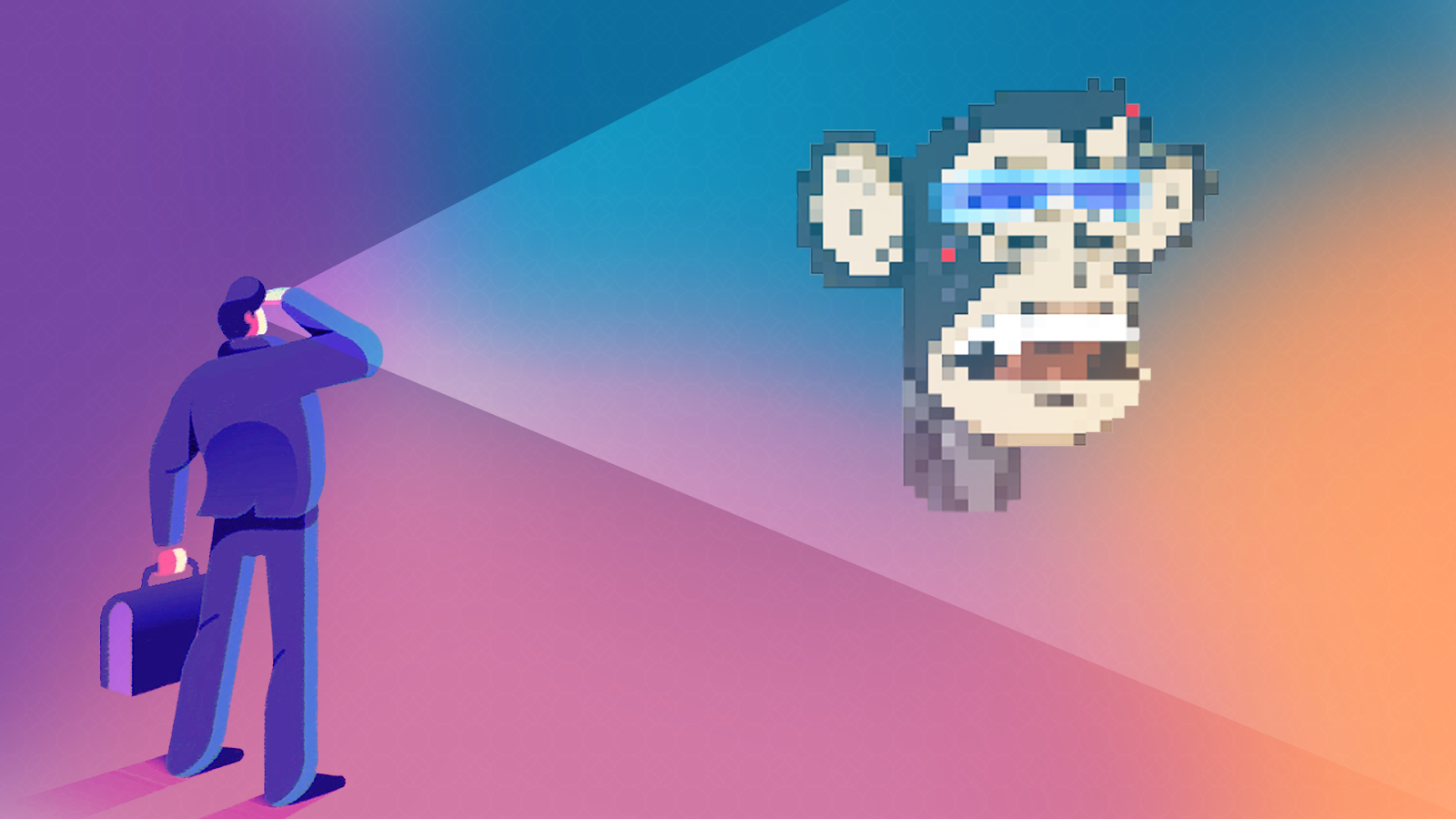 Yuga Labs’ acquisition of Larva Labs’ collections is a divisive scenario. On one hand, Larva Labs had come under fire for its supposed ‘Web2’ stance on intellectual property rights. Holders of CryptoPunks or Meebits tokens who took issue with this will likely welcome the passing of the brand to Yuga Labs - a company which has thus far shown a much more liberal approach to this issue.

On the other hand, Yuga’s ‘NFT land grab’ does not exactly embody the decentralised ethos of Web3 either. The first signs of KYC and AML checks creeping into the NFT space are already being shown, and Yuga stands to profit immensely from the acquisition of Larva’s collections. It could be argued that such profit will not impact the holders of such tokens, but the move will likely touch a nerve with NFT owners who hold the concept of decentralisation close to heart.

The release of ApeCoin however is perhaps even more significant for the world of NFTs. If the launch is successful, other NFT groups will almost certainly consider launching fungible tokens to represent collections to increase their brand and raise floor prices. With open trading of the $APE token commencing on many centralised exchanges today at 2:30 UTC, Yuga Labs may have set in motion the next significant development in the evolution of the NFT space.